Are You The Walking Dead? Repenting from Spiritual Slumber 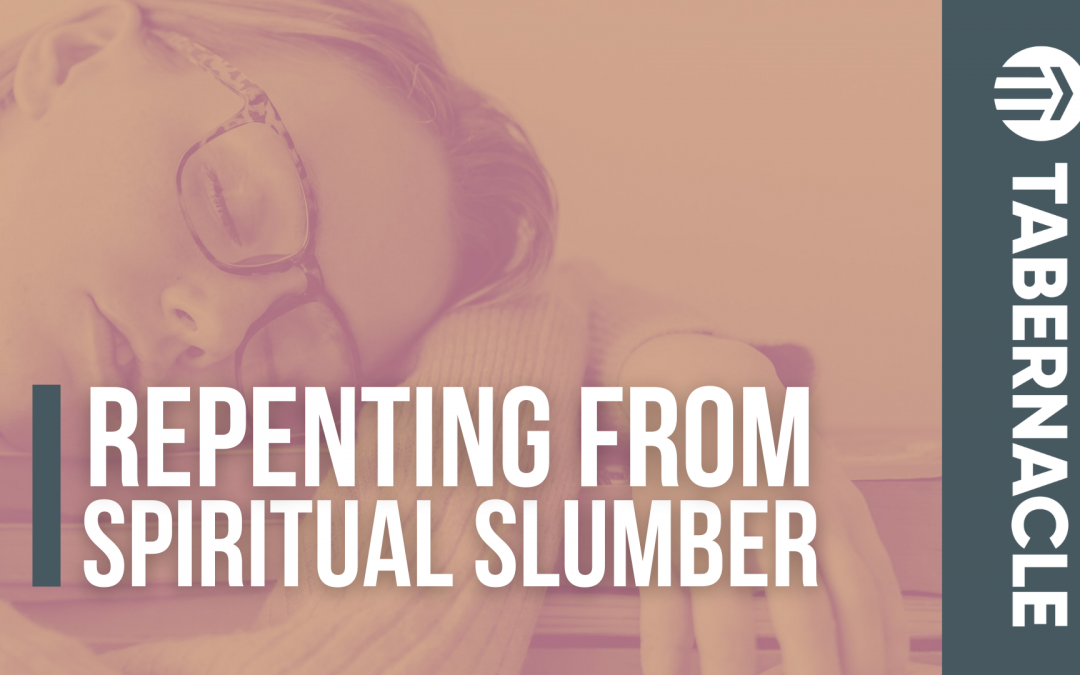 Revelations 3:1-6 – Are You The Walking Dead? Repenting from Spiritual Slumber

Revelations 3:1 “Write to the angel of the church in Sardis: Thus says the one who has the seven spirits of God and the seven stars: I know your works; you have a reputation for being alive, but you are dead.

As we line ourselves up, there were seven cities that received seven letters. Jesus calls out these seven churches in Revelations. We can pull lessons from these letters for the church today.

In 2010, the TV channel, AMC released a television series about zombies entitled The Walking Dead. The zombie is a body of a dead person, given the semblance of life, but mute and willless. In other words, you might tell a person you’re acting like a zombie. Jesus, in this letter, addresses those who are spiritually dead.

Images and experiences are often used in the Bible to show the context of a situation. Sardis was a city that was impressive, full of trade, and full of wealth. Religious zealots built temples and even built the largest synagogue in the ancient world that was the length of a football field. The main problem in Sardis was a deep spiritual apathy because of the luxury in that city. Its location made them invincible, and nearly impenetrable. However, this mighty city had been conquered because of its arrogance and apathy.

This letter was a reality check. A reality check is a confirmation of faith compared to fantasy. We are looking at truth, in a world filled with lies. This is a reality check for you as well. You may think everything is fine, but something happens in your relationship, health or finances that awakens you to the reality of what is happening in your life.

Revelations 3:1 “I know your works, that you have a name that you are alive, but you are dead.”

It was known as an active, vigorous Christian congregation characterized by good works and charitable activities. It probably had good attendance, financial stability, and some good local leaders in the church family. Yet, in the eyes of Christ, they were only formal and external and not infused and empowered with the life-giving Holy Spirit. They were the walking dead.

“This Sardisian church is a picture of a nominal Christianity, outwardly prosperous, busy with the externals of religious activity, but devoid of spiritual life and power.” –  George Ladd

You may be spiritually dead if you’re no longer convicted of sin and walking in apathy.  There may be no hunger for the Word of God. People who are spiritually dead don’t respond to pain or that loving discipline that the Lord gives to you as a gift of grace to bring you back into alignment with him.

Do you have a reputation of being alive again, characterized by good works and charitable activities, yet you are lifeless when it comes to the things God, the life and power of the Holy Spirit? Do you feel alive?

If there’s ever a time for the Church of Jesus Christ to be vibrant and alive and palpable, it’s now. If you wouldn’t wish your life in Christ on anybody else, then you need a revival.

Revelations 3:2 Be alert and strengthen what remains, which is about to die, for I have not found your works complete before my God. 3 Remember, then, what you have received and heard; keep it, and repent. If you are not alert, I will come like a thief, and you have no idea at what hour I will come upon you.

Is there something in your life that remains when it comes to your spiritual life? Something that you need to gird up, that you need to strengthen. Well, there’s a thread of hope. Strengthen it, shore it up, don’t let it die as well.

Strengthen what remains. I just wonder what simmering ember is left that needs a breath of fresh air.  A few weeks ago when it was cold,  I had all the elements I needed for a raging fire in the fireplace. I kept stoking and stoking the fire. Finally, I got on my hands and knees and blew some air into that fireplace. Just minutes later, I had a raging fire. You have all the elements of a raging fire in your soul. And by the way, your spiritual DNA, if you have confessed, that Jesus is Lord, and you have been baptized and sealed by the Holy Spirit, the Holy Spirit is crying out. Allow the Holy Spirit to blow a fresh wind on those embers and stir it up to strengthen what remains.  There is peace that comes when you have something alive and exciting in your life instead of going through life with no passion and no power.

The church in Sardis is warned to remember the Word of God in their lives. The Word of God brings life to you. When you neglect the Word of God and prayer, your Christian life will stall. The two foundational disciplines of the Christian life are the Word of God and prayer. The church needed to wake up from the slumber where they were too comfortable with an ungodly culture and in a state of apathy. You can conquer through faithfulness, when you are absolutely, unapologetic about your sinful condition. As a pastor for 25 years, I would think there are some who habitually attend our church and go through all the religious motions, and maybe even join the church and are baptized. But they’ve never really stepped across the line of faith.

You’re simply going through the motions in a zombie-like state and you’re not really alive in Christ. Don’t you long to strengthen that which remains? Get out the Word of God and get yourself a reading plan. I do that early in the morning. I told you before I have a laptop on which I type in, journal all my prayers, and pour out all my fears and anxieties and joys and hopes to the Lord.

Set up a system where you can strengthen that which remains. Again, perhaps you’re here this morning and you sense the need for just a fresh wind, a fresh fire to blow in you and through you, for you to come alive in Christ. Just repent from your apathy and slumber. Wake up.