Are You Walking By Faith? 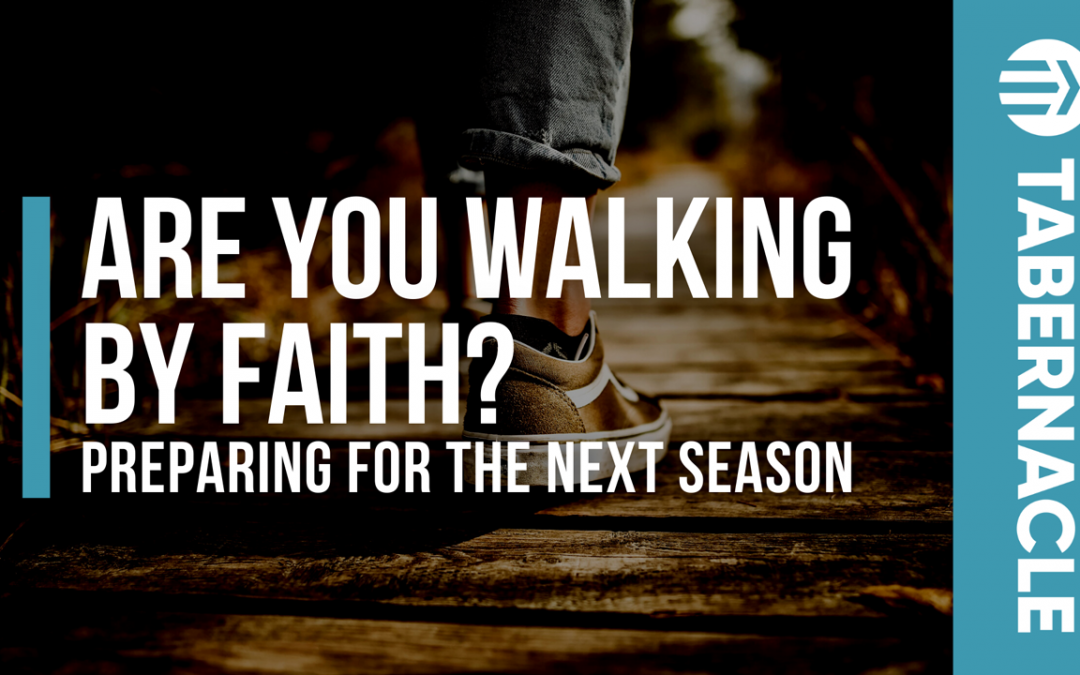 When was the last time you saw God do something? A wonder in your life that can only be attributable to Him?

I think of the songs we sing at church and how we proclaim that He can move the mountains. But when I stop and search my heart, I ask, is that really what I believe? Am I walking by faith, knowing God can do anything and has a plan?

Some might have become cynical in their walk with Christ. They have stopped exercising their faith. If we want to have a strong relationship full of faith, we need to strengthen that muscle.

If you’ve been reading our articles or watching service for the last couple of weeks, you know we’ve compared our season of transition with God’s people crossing the Jordan River.

God’s people are ready to enter a new frontier in Joshua’s story.

As he was told four times in the first chapter, Joshua was told to be strong and courageous. I believe he needed that reminder because he was taking the reins from a great leader, Moses, who led for over forty years. Maybe he was discouraged, but God continued to remind him that he was ready.

In the last couple of weeks, we reviewed a few qualities essential to a leader found in Joshua’s example, like how leaders are: led by the spirit of the Lord, a student of the Word, and have the support of the people.

In the same story, we’ve learned how God is waiting for His leaders and His people to have courageous leadership, consecrate themselves, and dedicate themselves as a vessel to be used by Him.

Now, we learn how we need to be in communion with the Lord.

Joshua 3:2-4 [NASB] gives us a picture of what communion with God looks like:

“Then at the end of three days the officers went through the midst of the camp; and they commanded the people, saying, ‘When you see the ark of the covenant of the Lord your God with the Levitical priests carrying it, then you shall set out from your place and go after it. However, there shall be a distance between you and it of about two thousand cubits by measurement. Do not come near it, so that you may know the way by which you shall go, for you have not passed this way before.’”

God tells His people to follow the Ark as soon as it moves. When you enter a new season and frontier, you need to know which way to go and make sure you’re getting your directions from the right place.

For instance, imagine this illustration:

An Illinois man left the snow for a vacation in Florida. His wife was on a business trip and planned to meet him the next day. When the man reached his hotel, he sent his wife a quick email.

Unfortunately, he missed one letter, and his email was directed instead to an elderly pastor’s wife whose husband had passed away the day before.

When the grieving widow checked her email, she took one look at the monitor, screamed, fell in a dead faint.

At the sound, her family rushed into the room and saw the email on the screen:

“Dearest wife just checked in. Everything is prepared for your arrival tomorrow. Yes, it sure is hot down here.”

How do you know the way to go as you enter a new frontier?

In Joshua’s story, it started when God asked Moses in the past to construct the Ark of the Covenant, a holy piece of furniture and symbol of God’s presence among His people.

God’s people were told to follow it but about half a mile behind. The priests would carry it.

They also created a mobile temple where the innermost area called the Holy of Holies could only be accessed by the High Priest and Moses. That is where the Ark would reside. A veil separated it. One time of year, the High Priest would go through that curtain, the veil. After consecrating himself, he would sprinkle the blood of a spotless lamb on the mercy seat, which was the top of the Ark of the Covenant.

God would forgive the sins of the High Priest and the people for another year. But for year after year, only one man could go through that veil to the Ark of the Covenant.

The people feared this presence so much that they would tie a rope around the High Priest’s ankle with bells in case he dropped dead when in the same inner room as the Ark and God’s presence.

This changed for us as Christians with the New Covenant when Jesus sacrificed and shed His blood for us. The Bible says the veil was torn, referencing that we are clean in Him and can be in God’s presence through His salvation. The High Priest is no longer the mediator between God and us. Jesus is in His sacrifice.

You can walk into the very presence of God.

What Does it Mean to Commune With God?

Commune means to converse or talk together, usually intensely and intimately.

Would you say those words describe your communion with God at this season in your life?

Here’s what I found out after decades as a pastor and in ministry:

When we begin to know Him, God can use us fully as His vessel. So, Tabernacle, why don’t we take this season as an opportunity to renew and refresh our communion with the Lord?

When you walk with God, three things are going to happen.

Like how God told Joshua that the land was already conquered, you will have to step out in faith knowing God has made a way through His Will. It may take battle after battle, but He has already promised that He is in control.

You will fight, but God will win and have His glory as you keep the faith.

In Joshua 3:13, we learn how God would make way for His people to cross the Jordan. The minute the priests carrying the Ark stepped in the waters, the rest of the water would be cut off into a heap. Then, they would cross, protected with a clear path to victory.

How often do we choose to play it safe? You need to prepare yourself for the supernatural. What’s the great miracle of them all?; saving lives through the Gospel.

After the people crossed the Jordan River, Joshua told a man from each tribe to take a stone out of the middle of the river. He would carry it out and build a monument of 12 stones— a memorial to what God had done. These were big rocks and would take dedication.

Joshua and his people saw the importance of the testimony of what God had done.

This church is not about you and your personal preferences and being comfortable. This church is about the glory of God. And how is that best manifest through what God is doing in you and through you? You are a living monument, and the way you choose to live can extend His glory to all.

Pursue God alone as we commune and walk with Him. Use this period of transition to renew and refresh your walk with God.

As you prepare for the new frontier, you have the opportunity to strengthen your faith and make a significant impact for God’s Kingdom.

Maybe you are living in sin, and you feel discouraged. You’re ashamed. But God, your Father, is waiting to welcome you back with open arms. He wants to walk with you. God wants to be in communion with His sons and daughters. It’s the most incredible experience you can have: to be sitting at the feet of your Father.