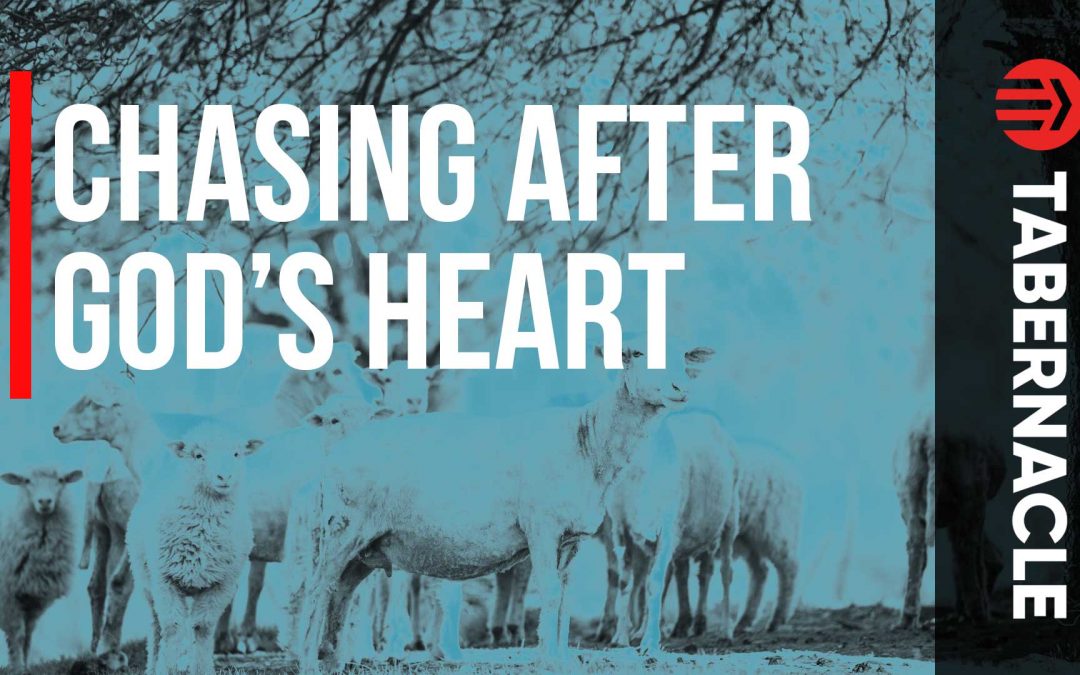 King David’s story starts during the time of the prophet Samuel. The nation of Israel is in decline, and they are threatened by the Philistines, who are rising to power. They are becoming a real threat. Before, Israel had God as their primary ruler, who spoke through judges and prophets. But they wanted a man to rule like their enemies.

“We want a king.” Like spoiled children thinking they know better than a parent, they demanded a king to rule them. This broke Samuel’s heart and he brought it to God. It broke God’s heart that His people choose a man over Him.

Saul had a lot of worldly promise. He had the right resume, he was strong, he was a strong leader, and he was handsome. But he lacked the most important things, he lacked integrity and a heart for God.

Like Israel, in the time of the judges, Saul trusted himself the most. After much disobedience, here’s what God says in Chapter 15 of I Samuel, “I regret that I have made Saul king, for he has turned back from following me.”

The Lord Then Rejected Saul

In 1 Samuel Chapter 16, God tells Samuel to not worry over Saul and that He has found the next King. He says I will send you to Jesse in Bethlehem. David was from where? Bethlehem. Christ, Jesus, our king may have been from Nazareth, but he was born in Bethlehem. The term Bethlehem means house of bread all through the scriptures.

Once he arrives, he meets with the elders of the city. He says I’m going to hold a sacrifice for God. And Samuel says: Jesse, I want you to come to this sacrifice and I want you to bring your sons (because he knew from the sons of Jesse God would anoint his next king).

One after one, the sons did not get chosen. It seemed like he went through all of them. Then Jessie says, Oh, yeah, but there’s David, the youngest, but he’s at home taking care of the sheep. That was the lowliest job that no one wanted.

David was handsome. He had good-looking eyes. He was probably just as tall, dark, and handsome as his brothers. That’s not the point. God doesn’t care about those things. He cares about the heart.

Samuel sees David, says that’s the guy. Immediately, Samuel in front of God and everybody else pulls out that horn of oil and anoints David as king. God withdrew his spirit and started punishing Saul.

"As Christians, we should trust God above all. Our focus needs to be the things of the heart, not just the attractiveness of the flesh." – Dr. Todd Gray Click To Tweet

God’s choice is always the right choice. His ways are better than our ways. His thoughts are higher than our thoughts. Stop trying to make decisions for yourself and trust God, Israel’s biggest problem was that they did not want what God wanted.

The biggest problem in the book of Judges is that everyone was doing it was right in their own eyes. Not wanting what God wanted is exactly what led Saul to not completely obeying the Lord and instead to trust in his own version of God’s plan.

We still struggle with this today. I still struggle to want what God wants in my life daily. Know that God knows best that He has a plan and trust Him. Even when that plan may not seem good to you, trust him, even if that plan doesn’t make sense.

Listen to His voice. You have the Holy Spirit of God living inside of you. And the more time you spend with Him, the more your desire for and your recognition of His voice will be.

You will still have to fight confusion. Look at Saul, who saved some of the plunder of war for himself by saying he was going to give it as a sacrifice to God. God caught him in the lie and he said, I desire obedience more than I desire sacrifice. The fact that he rationalized saving some of it for himself so that he could give it to God was still sin. Can I tell you today that we can rationalize almost anything?

"God wants obedience. He doesn't want what you think is best for you. He already knows what that is. and He's already told us what that is, our job is to do the best that we can and obeying Him." – Dr. Todd Gray Click To Tweet

Ask God to show you where you’ve gone astray in your own desires. Ask him to give you the humility to admit that you’re wrong and for the strength to change.

What God wants is for you to know that you can be saved. So don’t be like Saul. Admit you have sin. Believe in the sacrifice of Christ and the power of the resurrection and confess your faith and allegiance to Him.

Integrity means doing the right thing even when nobody else does. David wasn’t invited to the sacrifice. His dad overlooked him. Jesse forgot about him. All seven of his other brothers went to the sacrifice to be considered as the next king. What could David have been doing? He could have just goofed off and been mad. We know he didn’t because the Bible tells us he was doing one thing. He was tending his father’s sheep.

He was doing the right thing even when everybody else was gone.

David was humble enough to do the lowliest of jobs. David didn’t have pride and arrogance to think he no longer had to tend the sheep. You no longer have to pick up the trash at work, you don’t have to get dirty. Humble yourself, David had integrity and he was humble.

The things of the heart that God sees might be overlooked by the world, but guess what? He sees them. God sees you. God sees you and wants to use you for His glory.

David was overlooked. He was forgotten. He was cast aside. But God says, you’re perfect for me. Because when God uses the forgotten things of the world and he makes them great, guess who gets the credit for that? God does. And he wants to do the same thing in you.