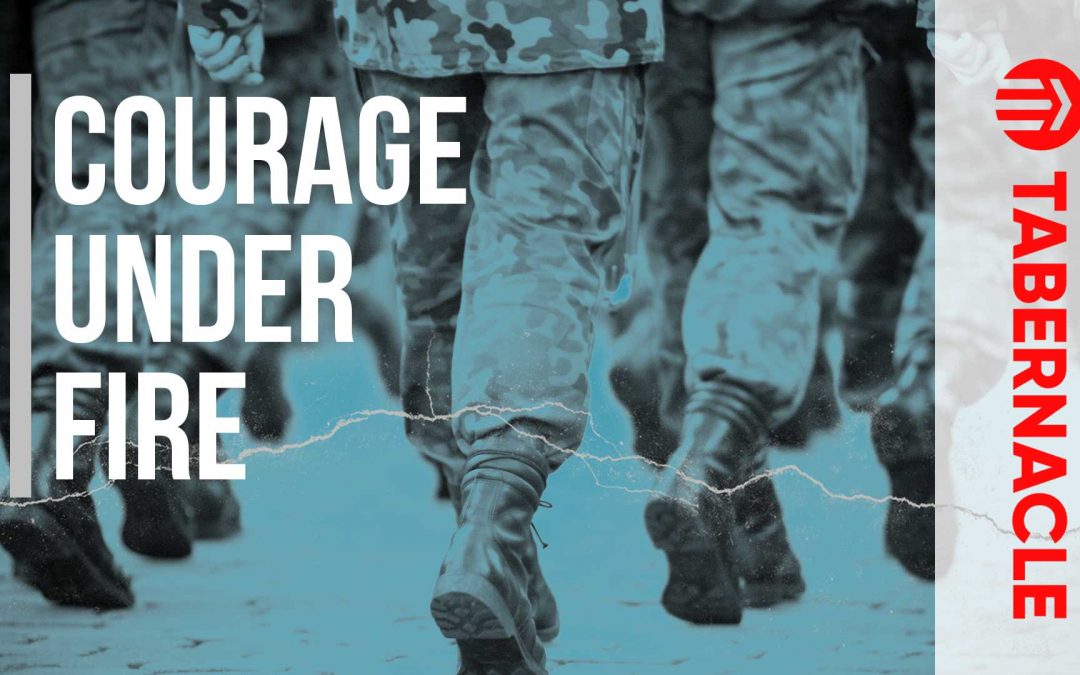 Billy Graham used to say that courage is contagious; it not only emboldens you, but it emboldens others. There’s no better place to have courage than while suffering as a Christian. The ultimate example we see is of people giving their life for believing in Christ— martyrs.

Courage amid suffering may be an old concept. It needs to be resurrected today. The world is changing. I think about courage, and I think about suffering, and my mind goes to Jesus. He was the first and ultimate example of having courage under persecution— courage under fire.

"Jesus was the first and ultimate example of having courage under persecution— courage under fire." – Pastor Todd Gray Click To Tweet

Early church fathers were thrown to the lions in the Coliseum in Rome, and yet never wavered. Men like Polycarp were burned alive for refusing to deny Christ. Stories that have that kind of courage are contagious. I want to model the example of Christ as they did. I prayed for a pandemic to sweep across our nation— the pandemic of courage— that people would stand up for the Gospel.

“Dear friends, do not be surprised at the fiery ordeal that has come on you to test you, as though something strange were happening to you. But rejoice inasmuch as you participate in the sufferings of Christ, so that you may be overjoyed when his glory is revealed. If you are insulted because of the name of Christ, you are blessed, for the Spirit of glory and of God rests on you. If you suffer, it should not be as a murderer or thief or any other kind of criminal, or even as a meddler. However, if you suffer as a Christian, do not be ashamed, but praise God that you bear that name. For it is time for judgment to begin with God’s household; and if it begins with us, what will the outcome be for those who do not obey the gospel of God? And, “If it is hard for the righteous to be saved, what will become of the ungodly and the sinner?” So then, those who suffer according to God’s will should commit themselves to their faithful Creator and continue to do good.”

Do Not Be Surprise

Suffering for Christ is called a fiery ordeal. The hotter the fire gets, the more your faith is refined, strengthened, and revealed for the world to see. We shouldn’t be surprised when the heat is turned up in our society for being a Christian. And to suffer for Christ is going to take courage.

In the military, we’re supposed to stay focused on the mission, but when it doesn’t go as planned, what do we do? Do we just quit? All of us need to adapt and overcome. To keep the mission before you, you may get thrown off a little bit, but you stay on track, you figure it out on the way, and you keep charging forward.

As Christians, we should do the same. That means you’re going to lose. People may get hurt and people may die. Don’t get off track, don’t be distracted, Peter reminds us to not be surprised when the heat is turned up in our lives for being a Christian.

In the times of the early church, they were vilified, they were slandered, they were shunned. You could say today they were canceled. We’ve experienced a good time as a Christian nation, but times are changing today. I believe we’re starting to feel the effects of what some call a post-modern Christian culture. Sharing the truth without hate and with love is still called hate speech. More and more, we’re being silenced.

Don’t let it surprise you. Jesus told you it was going to happen. He says not only is it going to happen, but you should rejoice when it happens— that you’re considered worthy to suffer for me. Jesus says these are just the birth pains, the beginning signs that the end is coming.

I was recently listening to a podcast from one of my favorite leadership authors. His name is Jocko Willink, a retired Navy SEAL officer. The segment of the podcast I was listening to was titled “Good”. He had a subordinate that would always come to him with the next big problem.

Jocko would tell him the same thing every time. One word: Good. He would do this over and over again. Finally, his subordinate came to him with a problem and said, “I already know what you’re going to say – good.” Jocko clarified by saying, “With the bad always comes a good.”

When they didn’t get the new high-speed gear that was needed for the mission – good. Like the Marines, we’lllearn to adapt without it.

Are you getting persecuted for your faith? Good. They see Christ in you. Are you getting mocked at school? Good. He’s supposed to shine through. What if I die? Good. Because you get to worship Christ in heaven forever and you paid the ultimate sacrifice as He did for his glory.

Courage is what Peter is trying to give you. He says that if anyone suffers as a Christian, he glorifies God. Our call is to be like Christ. We suffer for what He suffered for the Gospel.

We can also take courage knowing that the faithful Christian has Christ to stand before God on their behalf, and therefore they have no real and lasting concern at the judgment seat of Christ and the end of days. Though we may suffer for His name, we know we are in His hands.

What about Christians or families you know that have suffered greatly from those who oppose Christ? I want you to take courage today. The fact that one day God will judge the persecutors when He judges the world means you don’t have to avenge their Honor. You don’t have to avenge the many martyrs who have died for Christ. Because vengeance belongs to God and he will have it. He will avenge every martyr and He will right every wrong that’s ever been.

Whether you’re being persecuted, physically mocked, or vocally for believing in the Gospel; whether you’re being bullied online for following Jesus, or whether life has simply got you down. You trust God and He will give you the courage to endure so that you can suffer.

You might think you aren’t suffering for Christ today. Do not be surprised, prepare, the day will come. Are you suffering now? Trust in God’s sovereign plan. You’re not suffering by accident and God will guide you through it. God does not waste pain. Face these trials with the courage of Christ.

May your courage and suffering be like cement for the spine of others who either want to cower or give up. It matters for you, and it matters for them. Let’s do it together.