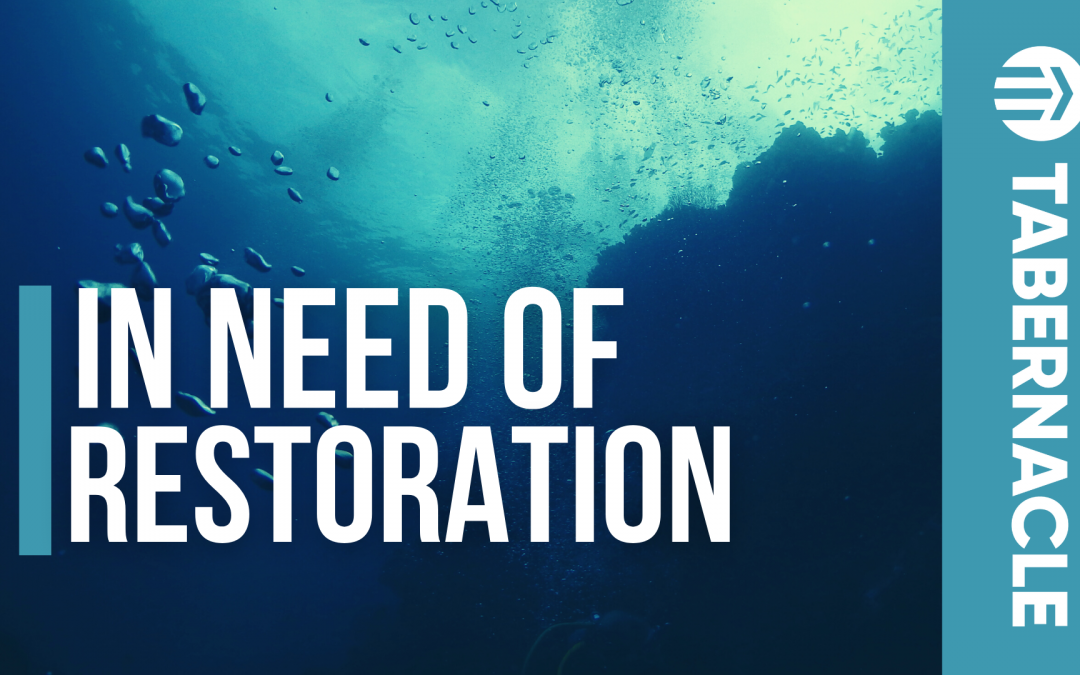 Have you ever been scared you would miss God’s voice when He spoke to you? Did you ever wonder if you messed everything up because you were scared? We’ve all had moments when we knew God was asking us something we didn’t want to do. More than just a rebellious heart; most of the time, it’s because we’re scared. We want to follow God’s call, but something is holding us back.

You’re not alone in this. The story of Jonah shows us that even faithful prophets run away scared sometimes. Jonah was a man of God, but when God called Him somewhere he didn’t want to go, Jonah hopped on a ship headed in the other direction. When the sailors realized Jonah was the reason for the life-threatening storm that ensued, they threw him overboard, and a giant fish swallowed him. After a desperate prayer of repentance from the bottom of the sea, God gave Jonah a second chance. God can do the same for you even if you’ve messed up. As you strive to turn it around and step into obedience, you can look to Jonah’s story for hope.

Followers of God Get Second Chances

Throughout the story, God calls him to preach at Nineveh twice! After God’s first message, Jonah runs the opposite way. But after the fish has to spit him back onto the shore and God has saved him from certain death, He graciously repeats his call to Jonah, and Jonah obeys.

Jonah 3:1-3 says, “The word of the Lord came to Jonah a second time: ‘Get up! Go to the great city of Nineveh and preach the message that I tell you.’ Jonah got up and went to Nineveh according to the Lord’s command.”

God is so gracious! Even after Jonah blatantly disobeyed, He gave Him a second chance. He is not a cruel God. He is the God of restoration. The Old and New Testaments are filled with stories of His restoration. In Genesis, God restored Abraham even after he took God’s promise into his own hands and tried to have an heir himself. To restore the relationship between God and man, He provided the Israelites with a sacrificial system that would allow them access to God prior to full Salvation. He restored Samson’s strength to defeat the Philistines. In 2 Samuel, God restored Naomi and Ruth through the kinsman redeemer. God restored David even after his sin with Bathsheba. In Nehemiah, God restored the walls of Jerusalem by sending His remnant and protecting them. In Job, God restored and multiplied everything Satan had taken through Job’s trials. In Jeremiah, God restored His people as they sought after him wholeheartedly. God miraculously closed the lion’s mouths and restored Daniel to a place of prominence within the palace. In Matthew, God restored the paralytic’s ability to walk. In Luke, He restored a man with a withered hand to the total capacity. In John, He restored sight to the blind. Throughout the Bible, God restored all people to Himself through Christ’s death and resurrection on the cross. In Revelation, He restores all creation through the Return of Christ.

So even after Jonah had gone in the opposite direction, God showed up and offered Him a second chance. Because He is a God of restoration, he sent a prophet who understood the need for second chances to give the Ninevites a message of second chances.

Followers of God Receive a Purpose

Galatians 4:3-7 says, “In the same way we also, when we were children, were in slavery under the elements of the world. When the time came to completion, God sent his Son, born of a woman, born under the law, to redeem those under the law, so that we might receive adoption as sons. And because you are sons, God sent the Spirit of his Son into our hearts, crying, “Abba, Father!” So you are no longer a slave but a son, and if a son, then God has made you an heir.”

What should our response be to a God who loves us like that? What was Jonah’s response? He steps out and fulfills his calling from God to be a prophet. He knows that God restored his calling, and Jonah responds in obedience. Just as Jonah responded in obedience, each of us should too. When we understand our true identity in Christ, that identity should always change our activity. We are children of the King! And if we are sons and daughters of the most high God, then we should step out and follow God in a way that is different. He gives us value and an identity that gives our lives purpose. We’re no longer just trying to make it through the day. Instead, we have something (or Someone) to live for.

Followers of God Receive a Commission

Matthew 28:19-20 says, “Go, therefore, and make disciples of all nations, baptizing them in the name of the Father and of the Son and of the Holy Spirit, teaching them to observe everything I have commanded you. And remember, I am with you always, to the end of the age.”

The Bible tells us that just as God called Jonah, you and I are called by God. In these verses, Jesus looks at you and me and tells us to go and make disciples. We’re called to the Great Commission. Paul says in 2 Corinthians that we are God’s ambassadors. An ambassador goes to a foreign country or kingdom to represent their home country and the values they represent. So God has called each of us as citizens of heaven to be his ambassadors here on earth. We are not Americans first. We are citizens of the Kingdom. So our focus should primarily be representing God and his interests.

Just like Jonah, we need to be willing to obey God’s call to go and make disciples. We should be ready to live for Him, whatever the cost because He gave His life for us. Our rebellion put Christ on the cross. And though our sin put him there, God invites us into His family as sons and daughters. You are a co-heir with Jesus. So no matter where you go or who you’re with, your actions should result from your identity. If people examine your life, would they see Jesus? Do you live differently? Pray this week for opportunities to let your light shine for Him!