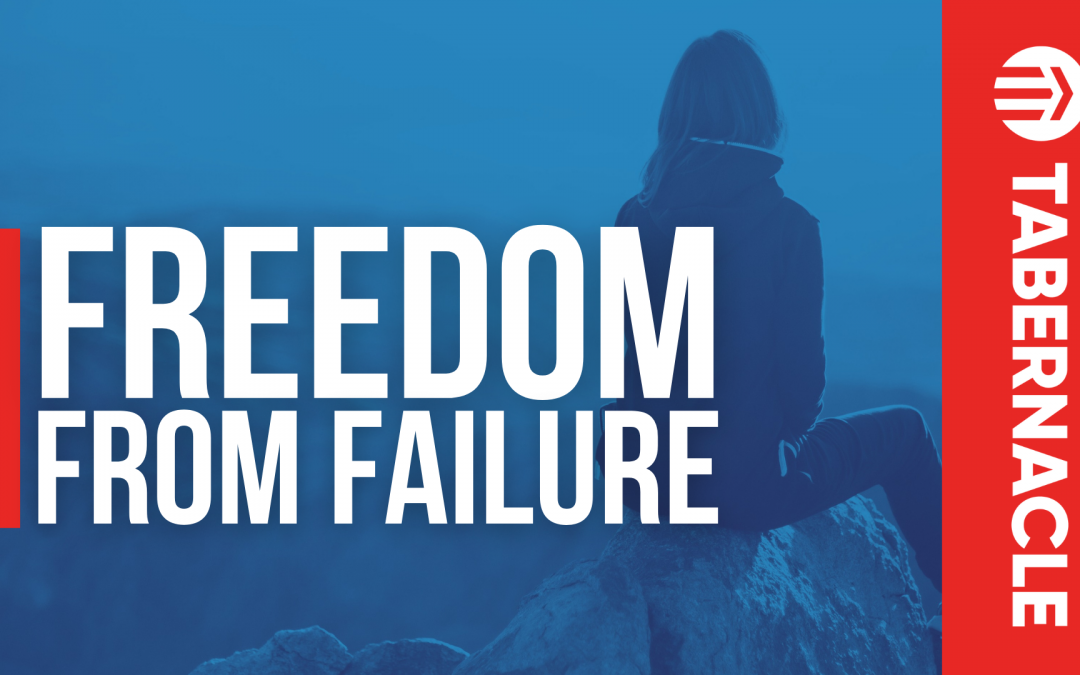 We all carry guilt from our failures and our mistakes. There are many things that I’ve done that bring shame to mind. I had a football scholarship, got homesick, and quit football for good. The shame of this experience put me on a trajectory that was unexpected. Through all the twists and turns of my life, when I tried to do things in my own strength, God still met me where I was despite me.

Jesus will move us to freedom and past regret. We all know what shame and regret feel like. We’ve all had that place in life where we’re deeply ashamed or there was something that we try to avoid because it sparks a memory. What do we do when our sin and failure are so egregious that we don’t see how God could ever use us again?

We will see today that God’s love for us is greater than our failure. This is the same love that saved you through His death, burial, and resurrection. Fortunately, our relationship with God is not transactional. It’s not based on the work you can do. Jesus Christ made the transaction on the cross when He died for our sins. He loved us so much that He sent His Son to die for us. This is the grace of God. Peter experienced this grace in John 21:1-3:

After these things Jesus showed Himself again to the disciples at the Sea of Tiberias, and in this way He showed Himself: 2 Simon Peter, Thomas called the Twin, Nathanael of Cana in Galilee, the sons of Zebedee, and two others of His disciples were together. 3 Simon Peter said to them, “I am going fishing.”

They said to him, “We are going with you also.” They went out and immediately got into the boat, and that night they caught nothing.

Peter was tired of waiting on God. He was trying to make something happen. Peter went back because he didn’t know what to do with his failure. He was trying to distract himself from the will of God and in turn, ended up distracting others in this moment.

Peter had gone back to what was comfortable and what he could control, fishing. We do the same thing many times. There, he found a loving reminder of the grace of God.

4 But when the morning had now come, Jesus stood on the shore; yet the disciples did not know that it was Jesus. 5 Then Jesus said to them, “Children, have you any food?”

They answered Him, “No.”

6 And He said to them, “Cast the net on the right side of the boat, and you will find some.” So they cast, and now they were not able to draw it in because of the multitude of fish.

7 Therefore that disciple whom Jesus loved said to Peter, “It is the Lord!” Now when Simon Peter heard that it was the Lord, he put on his outer garment (for he had removed it), and plunged into the sea. 8 But the other disciples came in the little boat (for they were not far from land, but about two hundred cubits), dragging the net with fish. 9 Then, as soon as they had come to land, they saw a fire of coals there, and fish laid on it, and bread. 10 Jesus said to them, “Bring some of the fish which you have just caught.”

11 Simon Peter went up and dragged the net to land, full of large fish, one hundred and fifty-three; and although there were so many, the net was not broken. 12 Jesus said to them, “Come and eat breakfast.” Yet none of the disciples dared ask Him, “Who are You?”—knowing that it was the Lord. 13 Jesus then came and took the bread and gave it to them, and likewise the fish.

14 This is now the third time Jesus showed Himself to His disciples after He was raised from the dead.

Peter had fished all night without catching anything and Jesus knew. This was a reminder of Jesus and Peter’s first encounter. Jesus laid his blessing and provision for them at this moment. Even when we get distracted chasing our own pursuits, Jesus is loving and kind. He doesn’t have a rod of iron ready to smite us every time we get it wrong. No, our king is kind.

What have you closed off that you haven’t allowed Jesus to open because the hurt might be too much? Maybe you thought Jesus wouldn’t love you as much if you were open about your challenges. Let this be a reminder that God’s forgiveness was given to us at that moment on the cross. The voice of condemnation is not the voice of God. The Holy Spirit exposes sin but offers redemption and forgiveness. The blood of Jesus covers us so we can live in a place of freedom from failure.

Peter had denied Jesus the night before. Yet Jesus invited Peter into a conversation asking him three times, “do you love me?” and inviting him to come. Back into a place of intimacy and redemption with the command, “feed my sheep”.

All of the disciples had said they wouldn’t deny Jesus, yet they left him alone on the cross. Jesus sought the disciples out where they were. Jesus seeks us out where we are. He pursued Peter to restore him back to his original place. Even in your failure, He is still kind. He doesn’t bring up the past. He invited Peter to feed the sheep, lead the sheep and protect them. God had a work for Peter, even after his failure.

Don’t let your failure be the thing that sidelines you from the mission of Jesus in your life. Because when that happens, those around you suffer. God has specifically placed you in a spot on this earth. With unbelievers in your life. And when you’re distracted from the work of God and you get all wrapped up in your own stuff. People are dying and going to hell every day around you. People suffer when we get distracted from the ministry that God has called us to.

When you’re distracted by your own thing, God has put you in this church with other believers to keep you focused. Let this message be a reminder to stay focused on the freedom we have from suffering, so we can live a life of impact.