How to Deal with Life’s Problems: The Story of One of the Greatest Storms in the Bible 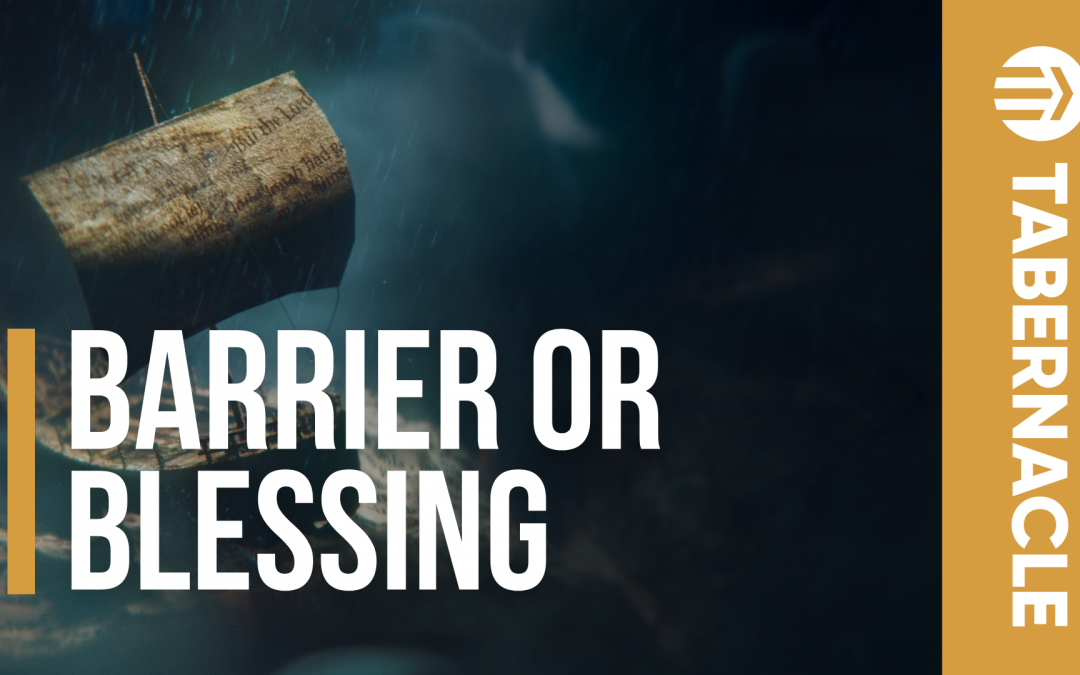 The story of Jonah is relatable. We’ve all been there. God had a plan, and we didn’t like it. We might not have jumped onto a ship heading in the other direction, but we all have our own escape strategies, especially when life gets hard. When you’re faced with daily life problems, what do you do? Are you someone who hides and tries to go under the radar? Or do you loudly objects and go your own way? Though the story of Jonah may feel distant, we can actually learn a lot that applies to our lives today.

When Faced with Life’s Problems: Don’t Try to Outrun God.

Jonah’s response to God’s command was to board a ship going in the opposite direction. That’s not very subtle. He clearly had some significant reservations about doing things God’s way. Nevertheless, he wanted to maintain his safety and his nation’s prosperity at all costs.

When we read this part of the story in Jonah 1:4-17, it strikes us as ridiculous. Jonah tried to outrun the God who created the seas. However, the powerful storm that rages against his ship  is so great that even seasoned sailors are scared for their lives. Jonah thought he could escape God’s presence, but God is everywhere. He is omnipresent. In Psalm 139, the writer takes comfort in this. It’s nice to know that He is right there with us wherever we go.

Instead of drawing near to the omnipresent God, Jonah tried to hide. His fear numbs his compassion. While everyone else thinks they’re going to die, Jonah takes a nap. We can so easily do the same. Storms are raging all around us, and people desperately need followers of Jesus to be his hands and feet. God wants us to minister to these people in their storms. How often are we just like Jonah, asleep and unaware of the many needs around us? Just like Jonah, God called us here for a reason, not so that we could hide and sleep.

Amid their panic and desperation, the sailors beg Jonah to pray to his God. They think maybe God will listen. They are at their wit’s end and begin casting lots to see who they should blame. They want to make sense of their suffering, but Jonah wants to stay in denial.

When Faced with Life’s Problems: Be a Blessing, not a Barrier.

When the sailors identify Jonah as the reason for this storm, they question him. This is the first time in the passage that Jonah speaks. What does he say first? “I’m a Hebrew.” He states his nationality. Here we see evidence for why Jonah ran in the first place. He was indeed scared of the Assyrians because they were evil people. But more than that, he didn’t want the Assyrians to repent because their salvation would threaten Israel’s prosperity. Assyria was an enemy nation, so Jonah didn’t want anything good to happen to them. He cared more about his country than he did about his God. His faith was secondary to his national pride.

Rather than being a blessing, Jonah becomes a barrier and a burden to these pagan sailors who are desperate for God. If someone asked you who you are, what is the first thing that would come out of your mouth? Would it be your role as a parent, your career, your political party, or your nationality? A healthy patriotism can be good, but is your love of country more important to you than your love of God? Would your faith be shaken if America ceased to exist as a nation? Whatever role or group you identify yourself with must come second to your true identity in Christ.

There’s always collateral damage when we disobey God. In Jonah’s story, the sailors get caught in the crossfire. They are innocent, but Jonah’s disobedience led this storm to come. How often do we see this? We see men who abandoned their wives to pursue a relationship with another woman. Think about how that affects their children. We see students who get involved with drugs or alcohol and drag their friends in. Every decision that we make affects those in our spheres of influence.

At the end of this passage, the pagan sailors chose to worship the one true God. In God’s sovereignty, Jonah’s disobedience is used to lead these pagan sailors to faith in Him. God is so powerful that He can use even our worst mistakes for His glory. He used Jonah’s warped witness to lead pagan sailors into worship. It’s remarkable. God can use anyone at any time to lead people to him.

However, if we really want to be a blessing instead of a barrier to people coming to know Christ as Savior, we need to be good at taking responsibility for our own actions. We live in a day and age where it’s easy to place blame for our mistakes on everyone but us. If you talk to most people who aren’t followers of Jesus, they will say that the church is full of hypocrites. Those people are right. None of us can perfectly live up to God’s standard, which is why we need Jesus. That’s why we need to trust His finished work on the cross. We cannot do it on our own.

So, we can demonstrate genuine authenticity in our relationship with the Lord to lost people around us by simply repenting when we mess up. We point people to Jesus when we accept responsibility for our actions. This is vital to being God’s hands and feet as we take the gospel to the ends of the earth.

When you’re amidst one of life’s storms, will you be like Jonah? Will you hide and try to flee from God? Or will you be like Paul? When faced with his own sin, Paul repented of persecuting the church and chose to move forward, standing up for the truth and encouraging others.

In the midst of life’s problems, we have two options. We can hide and try to run away, being selfish and self-focused. Or we can stand firm on the foundation of truth and our cornerstone: Jesus. He will see us through. He will save us. He is our hope. Life is hard, and following God’s commands is sometimes scary.

Sometimes it feels threatening because our identity has been rooted in the wrong things. So are you going to be a blessing or a barrier? Will you be like Jonah or Paul? The hope of Jesus is that when you’re in even the worst storms of your life, God is with you. He is the God who created the waves and calms the storms. He will give you the courage and strength to do the right thing, as long as you’re seeking him, rather than hiding at the bottom of a ship.