How to Overcome an Impossible Problem 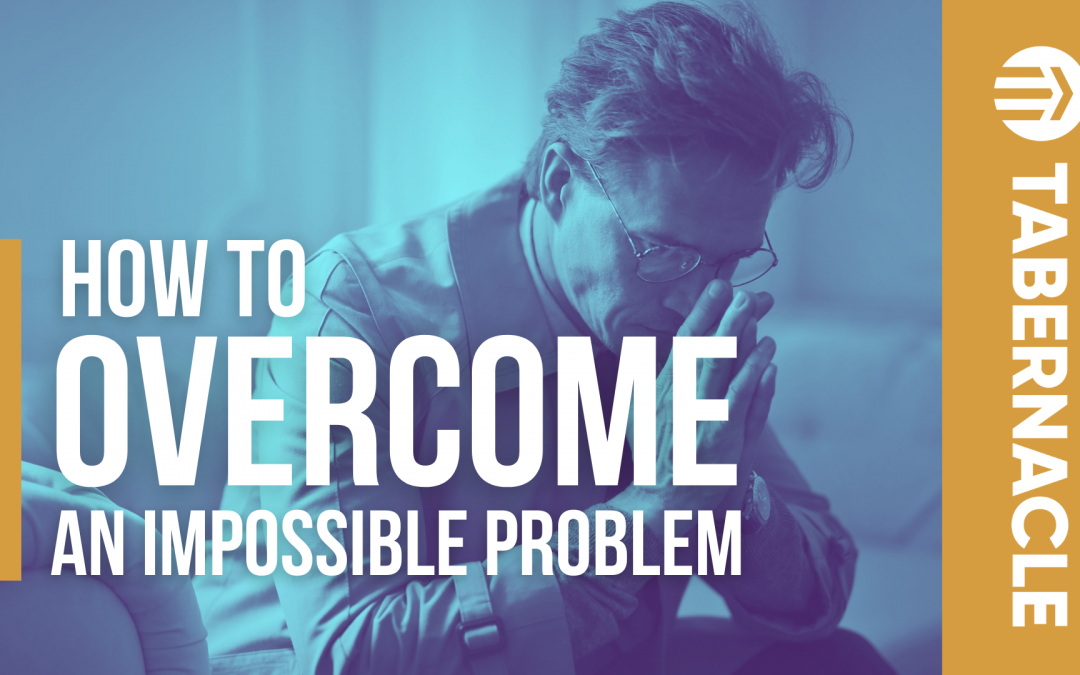 WATCH THE SERMON
Have you ever had a problem that was so big that you thought there was nothing you could do?

45 Then David said to the Philistine, “You come to me with a sword, with a spear, and with a javelin. But I come to you in the name of the Lord of hosts, the God of the armies of Israel, whom you have defied. 46 This day the Lord will deliver you into my hand, and I will strike you and take your head from you. And this day I will give the carcasses of the camp of the Philistines to the birds of the air and the wild beasts of the earth, that all the earth may know that there is a God in Israel. 47 Then all this assembly shall know that the Lord does not save with sword and spear; for the battle is the Lord’s, and He will give you into our hands.”

And when the Philistines saw that their champion was dead, they fled.

The battle between David and Goliath was a historical battle. David had an impossible problem in his life, and he was able to overcome it. Israel wanted a man king very badly. God wanted to be Israel’s king. Saul was chosen as the first king of Israel. Saul was the perfect picture of what the people thought a king should be, but God rejected Saul as king.

The Israelites were in a war with the Amalekites. He got an easy victory and he left animals, kings, and people alive. God sent the prophet Samuel to tell Saul that He had rejected Saul as king and sent the prophet to anoint the next king. God chose David to be the second king of Israel while Saul was still king. There was a great gap of time between David’s anointing and David being appointed into the office of king.

At this time, the battle with Goliath took place. The giant came out and made his challenge and Saul did nothing. Jesse’s father sent David to the battlegrounds to bring food and to see what was happening in the war.

David volunteered to fight Goliath with just a sling and a stone. David killed Goliath with the slingshot and then he cut the head off his problem, Goliath.

This story is a representation of how we can also face our problems. There’s no way he could get out of this problem alone. David prevailed because he had the right perspective. He said, “The battle is the Lord’s”. If God is involved in your battle, you become a winner.

David knew he would win because he had great confidence in God when others were confident in the giant. David was expecting God to give him the victory. With God, nothing is impossible. When you involve God in your life, possibilities that didn’t exist become probabilities. God calls us “overcomers” in His Word.

Yet so many people live their lives as though God is not there. When we get our eyes off the giant and get our eyes on God, we will win. David saw Goliath’s weapons – a sword, a spear, and a javelin. Goliath was the one who put his trust in conventional methods, but David put his trust in God. When God delivers, it doesn’t have to follow our human rules and restrictions. God is bigger than your limited solutions. David finished the job. David killed Goliath with a sling and a stone and then cut off the giant’s head. Some people face giants only to see that giant come back again. When you’re dealing with something that’s a habit, what you should do is cut the head off that problem.

2000 years ago, Jesus slew the giant of sin, so we no longer need to struggle with shame or sin, but we can walk in the victory.