Lessons From the Path of a King 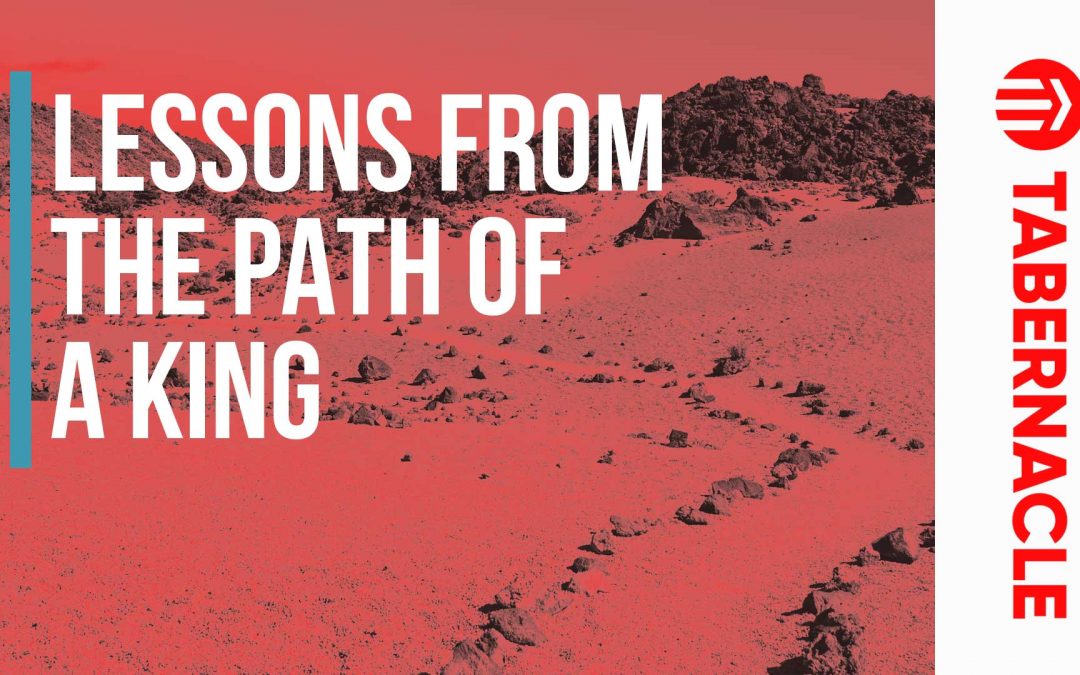 In 1 Samuel chapters 18-31, there are six seasons in the life of David. And in each season a lesson he learns from God while on the run. You might have some of these seasons in your life. If you haven’t, then you may one day.

Let’s look at these seasons:

David also didn’t seek power. In our ambitious world, it’s hard to process that—  to not seek the power. It’s not bad to have ambition. But David wasn’t chasing it. It didn’t rule his life. He served God by serving the king.

Can you remember today, church to honor God? And give Him the glory when you’re in the good times of life. Don’t let the good times be corrupted by your pride. The situation that you’re in, if it’s good right now, you’re not the one that put yourself there.

You’re not the one that got the ball rolling. It’s not all you. God put you in that situation. You need to honor God and live for His glory.

King Saul wants to kill David throughout his journey. One day he asked his son Jonathan to kill David, who happened to be his son’s best friend. Jonathan protects David by telling his father not to sin against his servant David.

Saul listens to Jonathan and vows not to kill him. Saul doesn’t honor it very long. David returns to the house of the king but as soon as he has one more victory, Saul rages with jealousy. The king tried to stick David to the wall with the spear again. David runs away and he finds solace. His wife, also Saul’s daughter, helps him escape. Saul is enraged. Samuel too comes to David’s aid.

Saul is relentless. He hears about his location and pursues David. Again, this is a constant theme. I want you to stop for a moment and think, how is David feeling right now? He’s got to be desperate to make sense of why his wonderful life is suddenly falling apart around him, suddenly being stripped away from him. David goes back to Jonathan, and he cries out in desperation.

When David heard the news, he fell with his face to the ground. He kissed his brother-in-law, his best friend. They weep together. David feels like he’s lost everything.

We will be tested in the hardship. But we must give God control and trust Him.

David turned to trusted friends. He escapes and goes to Samuel, who could have been killed just for protecting David. And then he goes to Jonathan, friends willing to lay down their life for one another— as Jesus tells us when he says there is no greater love than this.

It’s nine chapters that David is on the run from. David has to enter into the wilderness of his life before God gives him the promised kingdom. None of us want to go through the wilderness, but many of us will, and some of you will have many seasons of wilderness in your life.

It feels like you’re alone and God has abandoned you. He has not. Even in the wilderness, there are lessons to be learned.

David goes to Gath. He knew the people would try to kill him. So he plays the role of a madman. This is a humble lesson for David. David escapes and he goes to this cave in Judah, likely with no security.

God is now crafting David into the leader that He wanted him to be. Everyone who is in distress and followers of David began to join him. There were about 400 men with him.

David leads these motley crew of men for the glory of God and even the honor of the king against the Philistines. Because the Lord is with them. They find victory. But David learns from God that if he stays, the people would turn him over to Saul. So he leaves.

One day, King Saul, in search of David, relieves himself in a cave. David sneaks upon him. David could have ended the chasing by killing him. But instead, he cuts the corner of his robe off. David does not take matters into his own hands but puts them in God’s.

Saul returns home shocked by what happened. David’s thinking, finally, I got through to Saul. He starts looking for the light at the end of the tunnel.

David thought the end was near. Here’s the problem. It wasn’t. He begins to waver because of this extended trial.

Saul even dared to give David’s first wife to another man in marriage. David is starving and he starts putting things into his own hands.

Nabal, a wealthy man, lived nearby. David’s men did not harm his shepherds when they could have and asked for a favor in return. The man was known as mean in the Bible and Nabal refused to help. David, upset, tells his men to gather their swords. He didn’t seek the Lord. If David would have succeeded that night, he would have been a murderer.

God intervened, just like he does to us today. God put somebody in David’s life to talk a little sense to him. Her name was Abigail, who was Nabal’s wife and would later be the wife of David.

Thankfully, David listens to Abigail, he calms down. God intervened later and did the killing for him. Listen to the people God places in your life.

Sometimes you waver so far that you start to wander from the Lord.

When you wander away from the Lord, you find yourself in darkness. David forgets his identity, he forgets his purpose, and he forgets God’s promise to him that he would be the king.

This time when he goes to Gath, he goes there to serve the Philistines. The very nation that David spent most of his life fighting, he is now serving as a mercenary.

David is killing while serving a pagan king. He kills and lives a life of darkness.

The only thing that he has to do is to go back to his family. One day when returning from battle, they see smoke. His family has been kidnapped. The families of his men have been captured. And he is rejected, even his own men consider a mutiny.

David strengthened himself in the Lord. Can I encourage you today, when darkness comes, look up. God is always there waiting for you. See Christ on the cross for your sin.

David is finally ready to be king. In 2nd Samuel, David inquired of the Lord saying, shall I go up to one of the cities of Judah? I think he’s asking here, God, can I go home? And when he gets there, the men of Judah anointed David King over the house of Judah. One day our savior would come from that house.

"In life, you're going to have ups and downs. You'll have good times and bad times. It's a roller coaster, not a straight path. How you handle the highs and lows will determine how useful to the Lord you will be." – Dr. Todd Gray Click To Tweet

God does have a plan for your life and it’s probably not to be king. There are going to be many lessons that God teaches you along the way; lessons shaping who you will become.