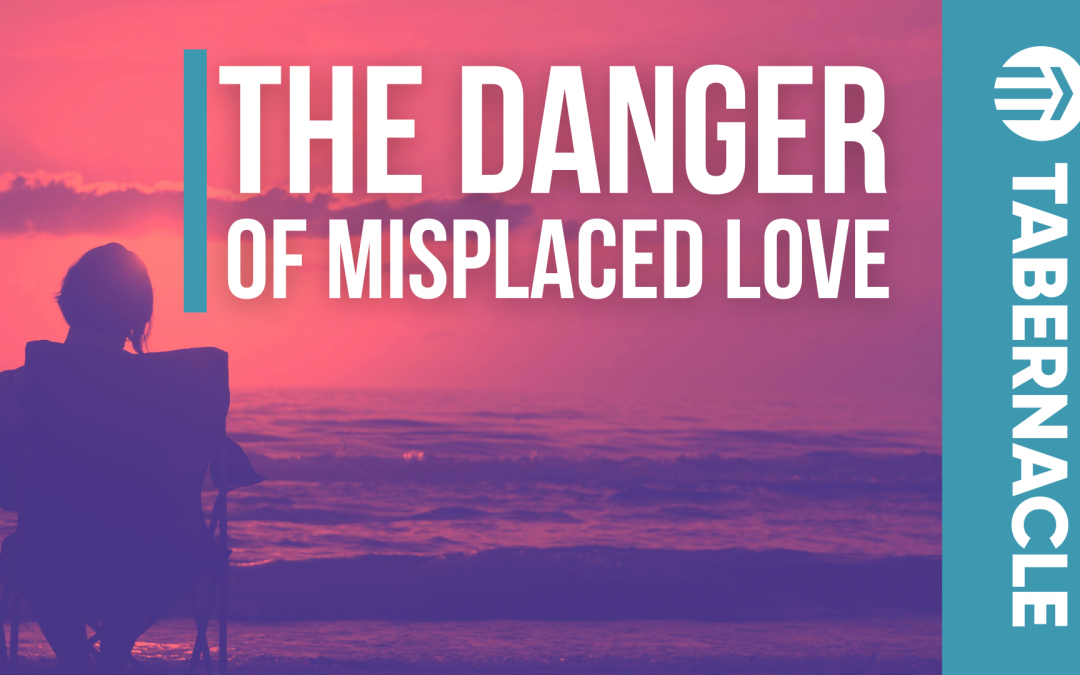 Do you ever feel like God’s will directly opposes your plan for how things should go? It’s hard to admit that God’s way is better, especially when we want something else. Jonah knew this pain. Even after rerouting his course back to Nineveh in obedience, he didn’t want those pagan people to experience the same loving God he knew. So how do we overcome idolatry when our hearts have become hardened and grumpy toward the ways of God? The Lord provides an example in Jonah chapter four.

Jonah took a bit longer than planned to make it to Nineveh. He took a brief detour to the bottom of the sea, but after the fish spit him back up, he finally made it. Once he reached the large city, he began preaching a simple seven-word sermon: “In forty days Nineveh will be demolished!” To his surprise, the people of Nineveh were highly receptive. They repented and pled to the Lord for mercy, which he gave. 120,000 people repented, so God was gracious to relent from bringing disaster. After seeing so many people spared, Jonah was angry.

To Overcome Idolatry: Examine your Heart

The appropriate response to God’s love and mercy is joy. Jonah should have rejoiced that God spared hundreds of thousands of people from destruction. Instead, his heart was hard. Think about that – the prophet God sent to be his mouthpiece should have been the one who was discipling these desperate people and teaching them the ways of God. Instead, the beginning of Jonah 4 says he became furious.

So he prayed for the second time in the book. The first prayer was a prayer to be saved from the belly of the fish. This second prayer complains to God that Jonah didn’t get his way. Jonah said, “Please, Lord, isn’t this what I said while I was still in my own country? That’s why I fled toward Tarshish in the first place. I knew that you are a gracious and compassionate God, slow to anger, abounding in faithful love, and one who relents from sending disaster. And now, Lord, take my life from me, for it is better for me to die than to live.”

Jonah told God He was being too gracious and too kind. He thinks the Assyrians deserve punishment. He only wanted God to be merciful to him and his country. Jonah was trying to reshape God into his own image. When God didn’t do what he wanted, he threw a temper tantrum.

Are you angry at God because things didn’t go your way? It’s easy to get frustrated when plans change, or expectations aren’t met, but our expectations of God are not always appropriate. God is always faithful, and his love never fails. Unfortunately, Jonah expected that God would not be gracious this time. Jonah was the one in the wrong. When facing this kind of anger, it’s essential to examine your heart to identify how your expectations have been clouded by sin. Don’t allow yourself to forget that you are not God. If you think he’s doing something wrong, you might need to check your idolatry at the door and adjust your expectations to align with his never-changing character.

To Overcome Idolatry: Repent of your Misplaced Love

God responded to Jonah’s anger by asking, “Is it right for you to be angry?” Jonah didn’t like this question, so he went outside the city to find a place to camp out. The passage says God appointed a plant to grow there and shelter him with shade. He sat under the plant, happily waiting for the city of Nineveh to be destroyed before his eyes. So God sent a worm to kill the plant and a wind that scorched Jonah. Again, Jonah threw a temper tantrum, saying he would rather die than live.

We must be careful not to prioritize our comfort over God’s plan like Jonah did. As American Christians, we live in the most prosperous nation that the world has ever seen. As a result, we have more comfort available to us than most of the world. So we must be careful not to become like Jonah and ignore the needs of the people around us. If we get too comfortable, we may overlook that many people in our own cities desperately need Jesus.

As Jonah complained about the dying plant, God put things into perspective. He asked if it was right for Jonah to care more about plants than people. God rebuked Jonah saying, “You cared about the plant, which you did not labor over and did not grow. It appeared in a night and perished in a night. So may I not care about the great city of Nineveh, which has more than a hundred twenty thousand people who cannot distinguish between their right and their left, as well as many animals?”

In our frustration or disappointment, the Lord issues the same challenge to us. Do you have misplaced love like Jonah did? Do you need to realign your priorities? God is gracious and compassionate, but it is wrong to expect his favoritism when we’re petty and selfish. He is holy, just, and deserving of our reverence and respect.

To Overcome Idolatry: Choose to be Missional, not Tribal.

The problem is that Jonah had a tribal mindset. He was focused only on himself and his nation Israel. He only wanted God to save people who looked like him, thought like him, and acted like him. God does not function within this tribal framework. Instead, God has a missional mindset.

If we become missional, we will be about self-sacrifice instead of self-preservation. We will ask how God can use our gifts to bless others. With this mindset, we will be eager to share the message of hope and grace with the dying world.

However, if we’re completely honest, we naturally have a tribal mindset because of our sinful nature. We’re all selfish, and there is bound to be friction if you put two sinners close in proximity to each other. We think there wouldn’t be any issues if everyone were like us.

But what happens when we have a tribal mindset? Like Jonah, we may miss opportunities to reach the lost and be too hard of heart to celebrate when God saves 120,000 people from destruction. That’s not an opportunity you want to miss.

Jonah is the only prophetic book in the Bible that focuses on the prophet himself rather than on his message. We see that Jonah’s life is God’s message to his people. It’s a message that reveals to us that God’s capacity to forgive is greater than our capacity to sin. Understanding the size of our sin and the size of God’s grace should lead us to see the size of God’s mission.

There are people all around us, in our neighborhoods and in the nations, who desperately need the hope of the gospel. So are you going to be tribal, or are you going to be missional? The first step to overcoming idolatry in your life is answering that question. Will you expend energy preserving the status quo or taking the gospel to your neighbors? There’s only one person who can make that choice: you!