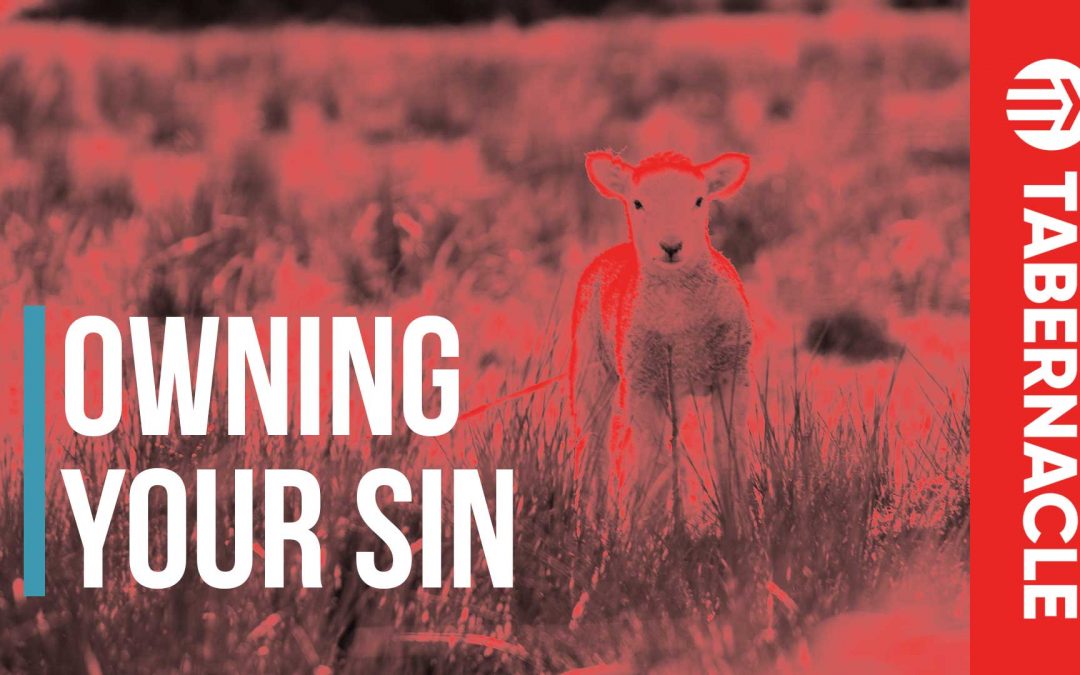 When I think of owning sin or being wrong, I think of my own experience while finishing my doctorate degree. I had an idea for a subject I was going to write on but was told it was too broad. Professors and other wise leaders told me, but I thought I knew better. They told me to narrow it down. I chose to ignore their advice.

It was the same for David and his sin. Bathsheba was pregnant. He tries everything he can to erase the sin, even murder. But it didn’t work, and God sends the prophet Nathan to warn him. The prophet was wise and approached the powerful King with a simple story in 2 Samuel 12.

Two guys live in the same city, one of them is rich and one of them is poor. The rich man had many sheep, many herds of cattle, many heads of livestock, but the poor man, Nathan says, had one animal. It was this precious little lamb. The poor man loved his lamb. He cared for his lamb, and he raised this it like it was one of his children.

But then the rich man decided to have a party. Instead of slaughtering one of his sheep, he takes the little lamb from the poor man, and he slaughters it for the celebration feast. David hears this story and is furious. With rage he said, as the Lord lives, surely the man who has done this deserves to die.

Nathan sees David’s rage. He looked at him in his eyes with silence. Then he tells David that he is the rich man in the story. He had everything in the world and stole what was precious from his servant.

Nathan said since you killed your servant under your sword, the sword of war will always be with your family. Because you slept with another man’s wife, adultery will happen with your wife; it will happen from someone close to you and it would be in broad daylight. This came true through his son, Absalom.

Sometimes we see God convicting us as a terrible thing, a punishment exposing you in your sin. It’s not— it’s grace and it’s mercy. It would be evil and it would be punished if God left you in that sin. God’s conviction of sin is an act of grace.

God sending Nathan to David was an extension of his mercy. It’s because he loves our church, that He exposes our sin to us. Think about how miserable David would have been living in his sin.

Maybe you’ve been trying to hide it from God. God sees it, that’s why you’re so convicted by it. Maybe you have been hiding it from your spouse or your loved one, thinking they’re not going to find out. I pray that they find out because it’s an act of mercy. If they don’t, living in your sin is torment.

When God exposes your sin to you, whether it’s through His Word directly or maybe it’s an extension of His grace through someone else, please receive it. Don’t let pride cause you to deny it; to point fingers, to make excuses, just own it. It doesn’t help anybody when you point a finger at someone else. Let humility guide your heart so that you can listen to God.

Look at David’s response to the grace of God’s conviction. He says I have sinned against the Lord. No excuses. No fingers pointing. He owned it and then Nathan responds on behalf of the Lord, the Lord has taken away your sin. You shall not die like how the rich man in the story deserves to.

We deserve to die, not just physically, but eternally. These are the consequences of sin. But God, what does he offer? Forgiveness, if we would just own it, confess it, repent and believe in Him. Immediately after receiving God’s conviction, David confesses, and God forgives.

"True confession requires ownership. That's what we see in King David, and that's what God wants to see in you." – Pastor Todd Gray Click To Tweet

Psalm 51, verse one says, be gracious to me, blot out my transgressions, wash me thoroughly and cleanse me from my sin. I own my transgressions and their consequences, but God gives me forgiveness. It requires repentance. The word repentance means to change your mind. That leads to change in your actions.

David’s mind has changed about sin. He was ignoring it and making excuses for it and killing other people for it. But now what is he doing? He’s owning it. He says, hide your face from my sins and blot out my iniquities. Create in me a clean heart.  David wants to be different. He wants to be faithful again and he wants to be used by God.

David did not try to earn God’s favor because he couldn’t he did not try to make restitution with others before coming to God. He simply owned his sin and it was God’s grace that was given to him in forgiveness in return.

The reason God can and will forgive you and restore you every time is that Christ has earned God’s favor on your behalf. It was Christ who died on that cross two thousand years ago, not you. It was Christ who rose from the dead, not you, and it’s God who looks to the sacrifice of Christ and accepts it as a payment in full when he forgives you.

The Price of Sin is Death

What did David deserve? He tells us— death. What do we deserve because of our sin? It’s the same. But God’s grace gives life. I pray that you would see it the same way David did, when you confess your sin, you are agreeing with God that you deserve death and you’re pleading with God for His mercy to be shown to you because of Christ.

Understand who you sinned against so you can understand who you need to go to. When I sin against Tammy, I’m not proud of it, but I sometimes I think if I just go to her and apologize, that it will all be done. If I don’t confess that sin to God, I will find myself back in the same sin again and again until I bring it to Him. When you sin, it’s not just against the people, it’s against the one who created you.

The Promise of Jesus

We believe that David believed in the promised Christ. When we confess our sin, repent, and believe in Jesus Christ and His sacrifice, we will be washed anew and forgiven.

There’s always forgiveness and restoration in the hands of God if we seek it. We often think, I know I’ve messed up, but if I just do good, it’ll cover my bad. It’ll cleanse me of my sin. It won’t. Here’s the truth. Cleansing of sin only comes from the power of the cross and your belief in Jesus Christ.

It’s only through the cross that you can be forgiven. Would you own it today? Would you confess your sin?

Stop making excuses for it. Confess it. Let God in Christ restore you into a proper relationship with Him.