Stewarding the Mystery of God 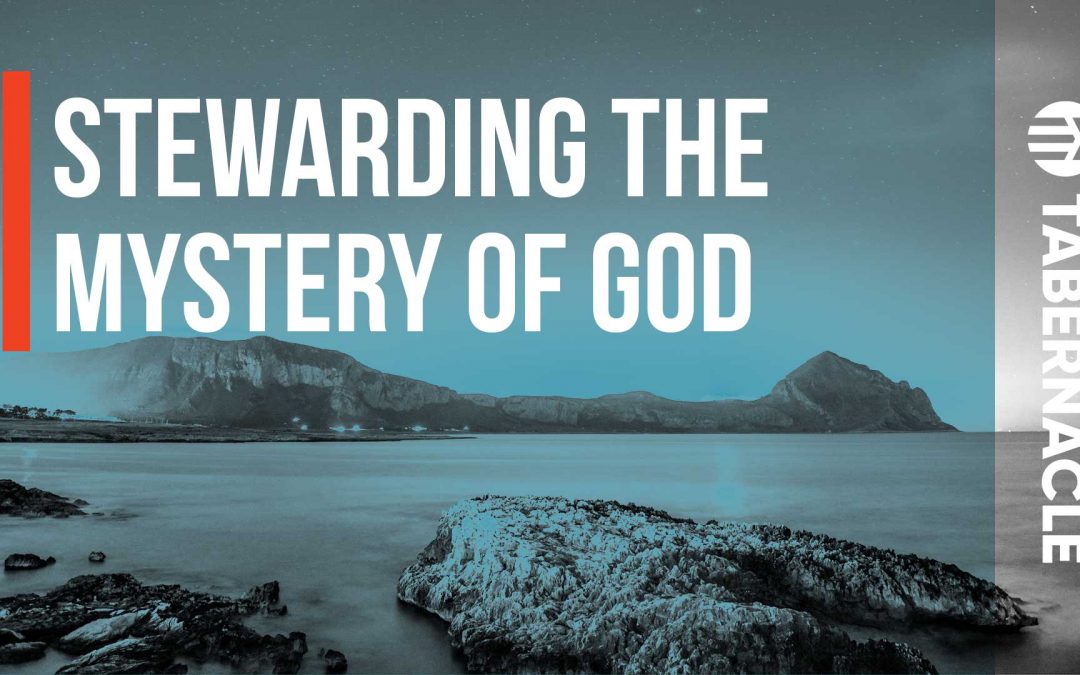 In Ephesians 3:1-13, Paul is revealing the mystery of God’s plan of salvation. God gave the Jews everything they needed to decode the mystery of the Messiah and the Old Testament. Jesus explains how the Messiah was presented in the Prophets and the Law.

The mystery we learn is that the gentiles are fellow heirs and members of the same body and protectors of the same promise in Christ Jesus through the Gospel.  We have been saved to share the Gospel with the law so that all would have access to God.

Paul is saying this with authority from God.

It is God’s eternal plan that Jesus would be the lamb of God who would be executed on our behalf so that we would not have to face God’s wrath and face the judgment of our sins.

Before Christ, the law was how the Jewish people followed God. Christ changed everything and not everyone understood right away. They thought that salvation was going to come by keeping the law, but salvation comes through Christ and Christ alone by faith.

Ephesians 2 says He fulfilled the law. So there’s no longer any good works for us to do to put us in good standing with God outside of believing.

Then Paul surprises man when he says that the gentiles who were alienated from God are now at the same level when they get saved. Christ has made a way for them to be a part of the Kingdom of Heaven through His blood in the same way as the Jew. Not only did they have the same salvation, but they have the same inheritance also.

Christ’s Gift For All Who Believe

Salvation is available to us. That’s a big deal. Paul is laying it out. Before Christ came, when the gentiles would convert and believe in Yahweh, they would worship in the temple, but they would not be allowed to worship with the rest of the Jews. The Jews had set up a further court to remind them that they are not Jews. Jesus changed everything.

We see examples of God’s desire to save gentiles all over the Bible. Let’s take a look at Jonah. God calls the prophet to reach Nineveh and preach repentance. Jonah didn’t want to and was willing to give up his life and those around him so it wouldn’t happen.

We are all of God’s children. This is a messianic promise to those who are not Jews. Even the Egyptians had a chance during the times of Moses. When they cry to the Lord, He will send them a savior and He will send them a deliverer to deliver them. These are words and promises we learn in Exodus as God saves His children from slavery and brings plagues to the Egyptians.

The Bible states, “And the Lord will make himself known to the Egyptians, and the Egyptians will know the Lord in that day and will worship him and will sacrifice and offerings. And they will make vows to the Lord…”

It’s God’s plan to love the nations. These stories validate what Paul is saying that we are. Equal in inheritance. There is an absolute mountain of evidence of messianic promises for the nations in the Old Testament. Paul talks about his ministry as being a grace, a gift of working in his power.

So what is He calling you to today?

God’s design is for the entire church to be carrying out the ministry of revealing the manifold wisdom of God, that’s the Gospel.

Quit hoping for the next celebrity to spread the message. God has sent you to your neighborhood and the nations. You have an opportunity to do that in your neighborhood for trick or treat. Lost people are willing to come to your door. All you have to do is smile and hand them some candy and maybe strike up a conversation with them.

We’re to make disciples of the nations in our neighborhoods and around the world. The question is, where is God calling you to do that thing?

I want you to hear the plea that God is making to you in Ezekiel. He tells us He has no pleasure in the death of anyone.

Access Him boldly. We are now sons and daughters of God Almighty. If you would just confess your sins and believe as told in Romans 10:13 (all who call in the name of the Lord will be saved).

God wants to do big things through you. Spread His name to your community and those around you. Glorify Him.