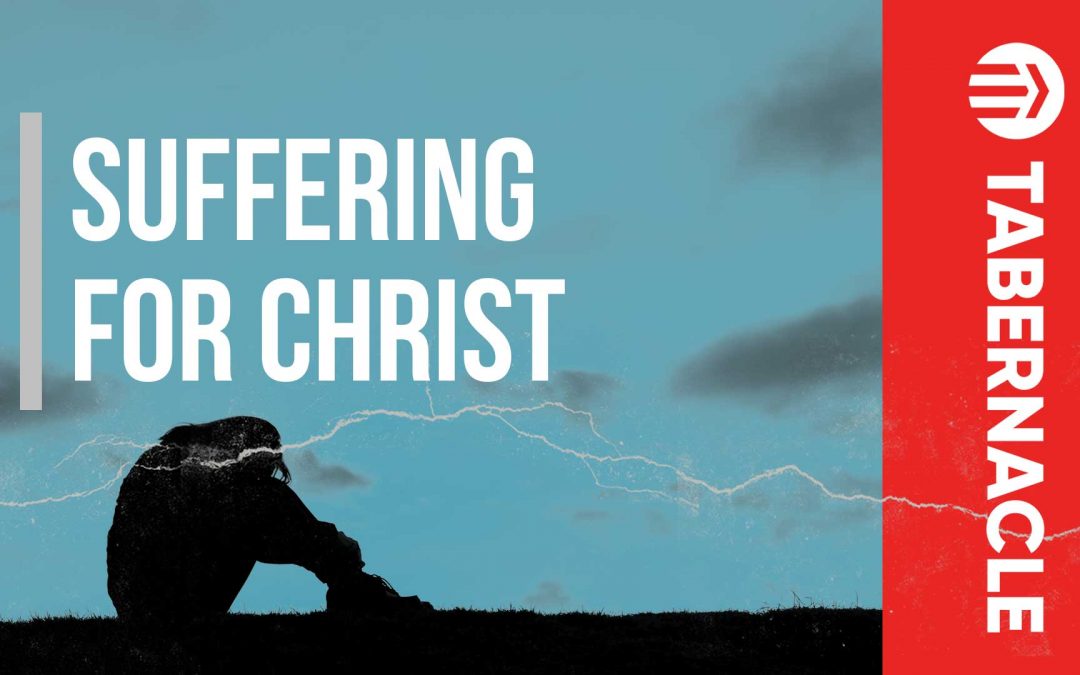 Winston Churchill was the prime minister of Great Britain during World War Two. The British were taking heavy losses daily. The only aid they were receiving was from the Americans.

Churchill in his diary, frustrated, said that it was a very half-hearted attempt at the war. But everything changed on December 7th, 1941, when the Japanese attacked Pearl Harbor late that night. Churchill said to his friend, “America is now in the war, we and the rest of the world are saved, we can suffer all things because America is in the war.”

That next morning, he records about that night and how he “slept the sleep of the saved church” despite the sound of bombs going off around him. Churchill said he didn’t know how much more suffering the British would have to endure, but he knew how the war was going to end.

The Bible shows us we can endure all things because we are saved. – Pastor Kody Alvarez Click To Tweet

In the same way, Churchill knew he could endure anything because he knew the end. We endure all suffering because we know that we’ve been preserved by Christ.

“For it is better, if it is God’s will, to suffer for doing good than for doing evil. For Christ also suffered once for sins, the righteous for the unrighteous, to bring you to God. He was put to death in the body but made alive in the Spirit.

“After being made alive, he went and made proclamation to the imprisoned spirits— to those who were disobedient long ago when God waited patiently in the days of Noah while the ark was being built.

“In it only a few people, eight in all, were saved through water, and this water symbolizes baptism that now saves you also—not the removal of dirt from the body but the pledge of a clear conscience toward God. It saves you by the resurrection of Jesus Christ, who has gone into heaven and is at God’s right hand—with angels, authorities and powers in submission to him.” – 1 Peter 3:17-22

Peter is talking to the Jews of the diaspora. Many generations ago, the Jews were overthrown by the Babylonians. To prevent an uprising and to assimilate the culture, the Babylonians would spread out the people they overthrew.

Generations ago, when the Jews find themselves exiled in Babylon, they are told by God that they’re going to be there for a while. God says I’m going to deliver you back to your land but glorify me where you’re at. He would one day re-establish them.

God is telling us in the New Testament that if you’re a believer in Christ, this is not your home. We are like the Israelites. We are aliens in this land. While we’re here, we have to set up residency that we would glorify God in this land. We, like the Jews, have a promised land. We’ve got heaven. But we’re not yet delivered.

The pagans had different customs, morals, and gods and the Jews often suffered because they had different beliefs. The whole New Testament is preparing believers for heaven and suffering.

There’s joy in this life, but we must get our minds right. Suffering is coming. God blesses us when we’re obedient, but it is God’s will that we suffer when we do good sometimes. God uses our suffering for His glory.

You might not understand why the suffering is happening to you right now, especially when you’re doing the right things. And I know whenever I’ve dealt with that in my life, it’s like, is this even worth it? John Piper says, “God doesn’t waste one ounce of our suffering”.

When you suffer, even if no one comes to Christ from it, God is being glorified because you’re being faithful.

Jesus Suffered for the Unrighteous

Through His death and resurrection, He has made His righteousness available to you and me. If you believe by faith, Jesus is going to give you that righteousness, He’s going to forgive you of your sins.

Do you know what God says about your good works? They’re like filthy rags. The only reason He’s going to accept you is that you believe in His son who saves. Jesus is good and he’s offering you His goodness. He washes away our sins.

Jesus Preached to the Captives

Jesus preaches to spirits who were in bondage to sin, who died without believing, captives.

So, who are captives?

Jesus came first to preach to His people of Israel. When John the Baptist was in prison, he sent messengers to see if Jesus was the one that he had been hoping for.

Jesus responds this way. Go tell John that I preach that the blind might receive their sight, the deaf would receive hearing and the poor would hear the Gospel preached to them. And this is from a famous passage about the Messiah in Isaiah 61 that John the Baptist would have known well. This passage is telling us the role of the Messiah is to set the captive free.

I think they were in bondage to sin. And it is the same spirit, the Holy Spirit that lives in us, that has empowered us to preach that same message to people today.

Jesus Will Subject All Things to His Judgment

We are like Noah. We live in an evil generation. Christians may look like the crazy ones building the boat and it’s never rained. People see you as crazy and they’re mocking you and they hate you for it. But on the day of destruction, you will be preserved. God delivered Noah as He will do to you as believers.

In the Book of Revelation, Jesus is reigning with all glory and all power. And it says that God has subjected everything to the angels, good angels and bad angels, all the authority. So that would be kings, rulers, presidents. Everyone.

One day, Jesus will raise both the living and the dead on the day of judgment, and they will all stand before Him. Every knee will bow, and every tongue will confess that Jesus Christ is the Lord, they will be subjugated to his rule.

"Jesus says that if you come to him by faith, he will give you his salvation." – Pastor Kody Alvarez Click To Tweet

We can suffer and endure all things because Christ is in the war with us. We don’t know how many of our brothers and sisters will have to give their lives in the meantime. But we know that we can endure.