Suffering in Service to the King 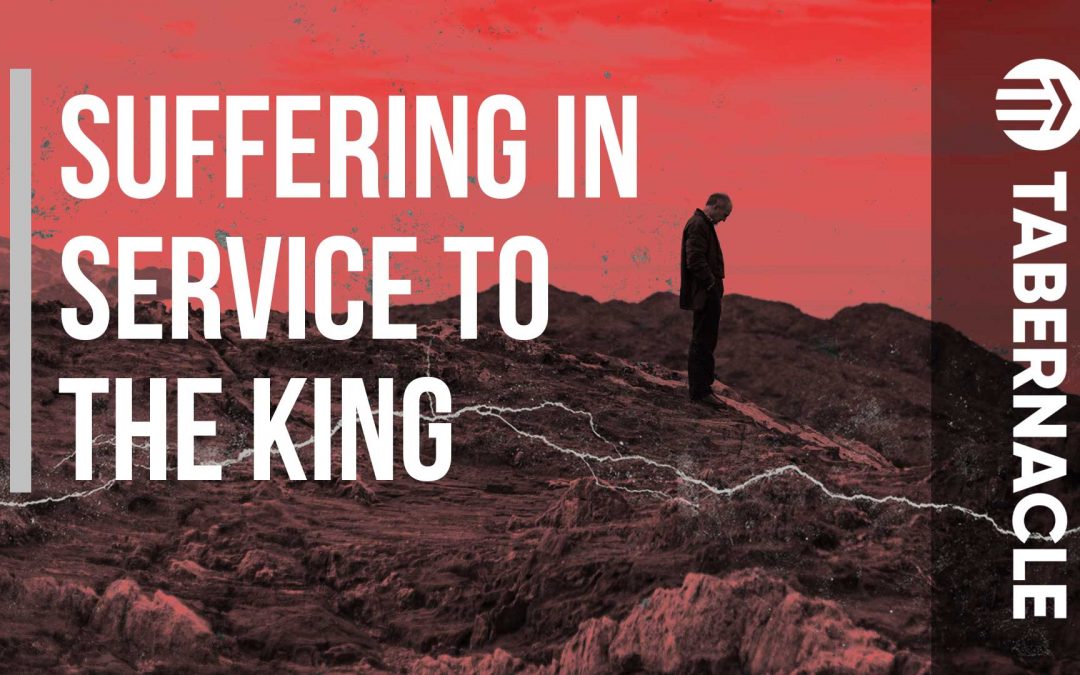 Ancient Rome culture revolved around their gods, with Caesar being the embodiment of the most powerful. Whoever was the strongest, had the strongest god. This helped assimilate everyone into the empire. The problem was these pesky Christians. We couldn’t worship Caesar because we made a different claim: Jesus is God, Jesus resurrected from the grave, and Jesus is the only God deserving of our worship.

The early Christians were “canceled. They were persecuted. Those Christians weren’t doing what they were supposed to do. If a drought came, the Romans believed it was because the gods were unhappy. They would blame the Christians and burn their houses down.

Today, we see an effort to cancel the voice of the church in our society. Statements of biblical truth are now being deemed as hate speech. You can see it across the world with pastors that have been fined or imprisoned.

You might be saying you could handle the persecution and suffering. But what happens when it affects your family? That’s when it gets real.

Prepare Yourself for Suffering

The end of all things is near. Therefore be alert and of sober mind so that you may pray. Above all, love each other deeply, because love covers over a multitude of sins. Offer hospitality to one another without grumbling. Each of you should use whatever gift you have received to serve others, as faithful stewards of God’s grace in its various forms. If anyone speaks, they should do so as one who speaks the very words of God. If anyone serves, they should do so with the strength God provides, so that in all things God may be praised through Jesus Christ. To him be the glory and the power for ever and ever. Amen

Church, we’ve got to prepare ourselves for suffering. Peter is calling us to get our minds right, be ready for war. We’ve got to finish well in our faith and God has given us the ability to help each other.

You might just be feeling like the world around you is out whack. Abortion laws are out of control. Life has been so devalued over the last two years that many European countries have made it legal for assisted suicide. You see pillars of the faith falling daily in scandal.

In the Book of Acts, Peter gets put in jail, the early church is getting killed left and right. Then there’s a prayer service. God sends an angel, and he leads Peter out of prison. Peter walks straight up in the prayer service. You may go through something in your life that is suffering but you get delivered. But sometimes it gets worse like Jesus in the garden before He was crucified. He asked the Lord to let the cup of wrath pass from Him, but that God’s Will be done. He was then sacrificed to wash away our sins. In our prayers, we need to learn to pray like Christ, your will be done.

To help us deal with the chaos that we’re dealing with, he’s also giving you to your family. We must learn to fix our tunnel vision. Most people on some level develop their understanding of God’s trustworthiness and His characteristics based on their fathers. I’m not saying it’s right, but I’m telling you it’s true. Dad, your family needs your spiritual leadership or you’re going to look up one day and your children are going to be in their teens or their 30s, far away from the faith.

It starts with prayer. Apart from it, you have no power. Without it, all we’re going to do is give people our best solutions that man can think of, and we’re going to be leading them further and deeper into their darkness. Lean on God in prayer.

Serving the Suffering Through Hospitality

Peter tells us above all, to keep loving. Love with intensity, love earnestly. I feel like he’s pleading with the reader that the only way that we can make it through this life is if we are constantly stoking the flames of love.

We are not perfect at this. We as a church need to remember that we’re a fallen group of people trying to love Jesus and we fall daily. But Jesus isn’t done with us. We must love each other with honesty and with intensity because that’s going to be the thing that draws the wandering, the lost, the backslidden Christian home. Church, we’re called to go after those people that are hurting.

Peter gives us a practical action of love in hospitality. Though the early church would hold their worship services in their homes, they would eat together, they would dine together. Welcoming people into your home in the early church was also how they broke cultural and societal barriers. You might have had a gentile slave, a Roman member of the Senate, and a Jew all in the same room together, worshipping God.

As the American church, we are the most generous group of people in the world. But for the most part, we’re not very hospitable. We’re not good about having people into our homes.

You need to be willing to open your home. It creates community. It shows people that you love them and that you value them.

Years ago, I got laid off from my job. My wife and I didn’t have much, living in a little duplex. We started doing what we called Hot Dog Sunday nights. We would have to budget for it and we could only have one or two people in our house at a time. But we did it and they felt loved.

Part of the promise of God is that He’s inviting us into His home. Jesus says I go to prepare a place for you in my father’s house. There is room in the House of God.

Serving the Suffering with Your Gifts

Serve wholeheartedly and do it as if you’re doing the service to the Lord. People are hurting. People are dying all around us and it seems like we don’t have enough in us to serve them. You’re right, you don’t. We serve through the strength that God supplies.

It might not feel easy. And it is impossible without prayer and the church family.

It’s kind of like you’re a six-year-old who’s playing by the pool. And you should be able to swim at this point, but you don’t know how. So, what we’ve done is we’ve just Spartan kicked you into the deep end. Some of you will make it and some of you won’t. That was the end of the story, not like we’ll reach down and help you.