The Cost of Compromise 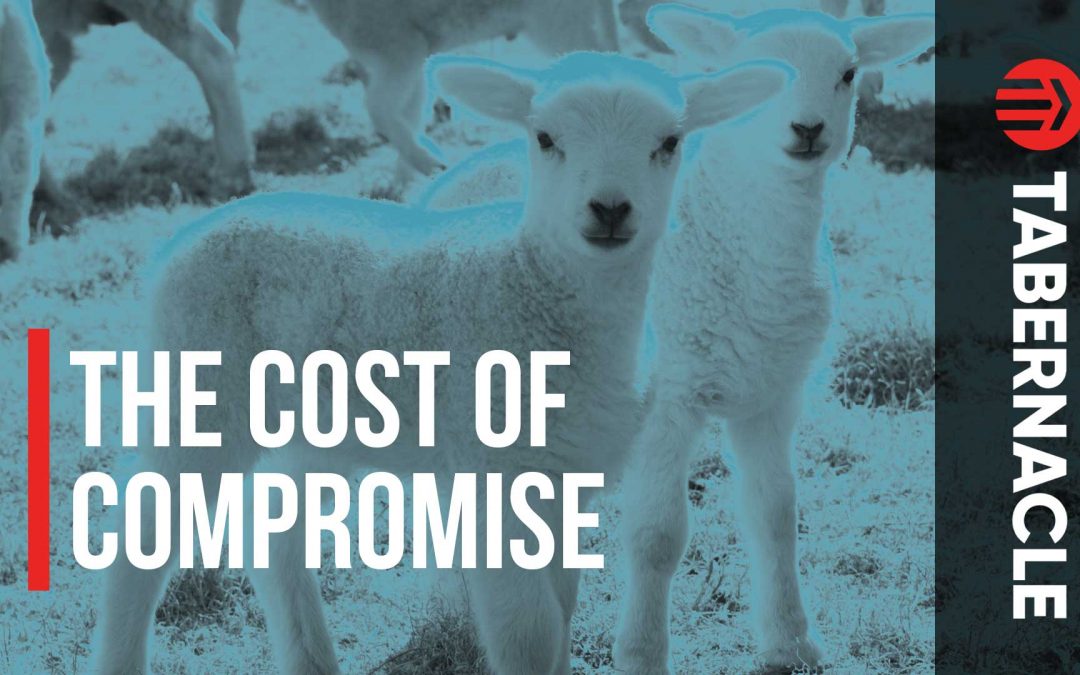 Sin often starts with something small. We are in control and have things figured out. Before long, it takes hold and becomes something bigger, spiraling out of control.

King David thought he was in control of his life and his story. He takes a peek at a beautiful woman bathing on her roof, thinking it’s something small. And it escalates to adultery, murder, scandal, and the sin that would follow his legacy.

The same can happen to us if we are not careful. We succumb to something small. We become passive to God’s call. And we find ourselves deep in the hole of sin. The cost of compromise is destruction, but Christ’s compassion calls us out of the darkness. We learn this in 2 Samuel 11.

Passivity permeate’s your life. You look up and wonder where your intimacy with Christ has gone and why your life is falling apart. You walk in sin, all originating from that first act of passivity.

Are you passive in the education and discipline of your children? Is the only time they hear about Christ is in Sunday school? Are you passive with their internet use? The average age of children seeing pornography is 11 years old— for your child that may be earlier. If so, time will pass and you’ll wonder why your children don’t want anything to do with Jesus.

Your passivity will lead to your demise and the people you love. Stand up and be vigilant to the things God has called you to.

David’s first mistake was his passivity. His role was to go out and fight in the war as the King. Instead, he stays home and has someone else do the work for him. This led to compromise.

David goes out to the roof or balcony of his palace and watches Bathsheba bathing. I believe David put himself in a position to see women bathing. It was a practice that women would often bathe themselves out of sight in the evening.

This is a point of warning. Do not compromise yourself by putting yourself in a position to sin. It all seems very innocent that David went for a walk on the roof, but he was looking.

It may look innocent giving that coworker of the opposite sex a ride home, after all, you both are good friends. Or sending a direct message to that married person you find attractive. Or having your phone or computer accessible at times and places it shouldn’t be — leading to pornography.

That’s how it started with King David. A glance. An idea. David covets and wants the woman for himself. David’s servant warns him, but he is ignored. The king compromised.

The Sins and the Cover-Up

David sends for Bathsheba and sleeps with her. A few weeks later, she tells him she’s pregnant.

Put yourself in David’s shoes. You know that feeling of getting caught when you have done wrong. David hears this and panics.

The king creates a plan so that he could get away with it. He decides to invite the soldier, Bathsheba’s husband (Uriah), back home. He figures he’ll report to him any news, then go home for a night and sleep with his wife. He and the community will think the child is from him.

But when her husband meets with David, he refuses the offer by sleeping outside the king’s door near the servants. He felt it wasn’t right to be home when his brothers in arms were out fighting for the Lord.

David’s plan B was to get him drunk and hope he goes back home. Even if he doesn’t sleep with his wife, at least the community will think so and believe the child came from that union. Still, it does not happen.

David then gets desperate. He decides to orchestrate the husband’s death on the battlefield. Uriah is sent to the frontlines and when the battle is the hottest, the rest of the troops fall back, leaving the soldier to his death. This works and David rids himself of the problem.

David had gotten so wrapped up in his sin. The one who was described as “a man after God’s own heart” had grown so hardened that he did not care that his people died.

Bathsheba heard of her husband’s death and grieved. David made her his wife and had a son. But God saw the evil done by David.

As we meditate on this Scripture, you should see a mirror. You are not the righteous Uriah and you are not the victimized Bathsheba. You are David. I am David. We all have done wickedness in the eyes of the Lord.

What I love about this story is that David put himself in the pit, but God doesn’t leave him there.

God Calls Us Back

God sends David a prophet. The prophet tells the king that David’s treachery and sin have not escaped the eyes of God. God does not allow David to live in sin.

David repented and was forgiven. This is the story of the Gospel. God does not allow us to stay in our sins. God seeks us out.

The full wrath of God was poured out on David’s sins and Christ took the punishment. All the evil I have ever committed in my past, in the present or the future, has been nailed to the cross and conquered by Jesus.

We are great sinners but we have a great Savior. You may feel like God can never forgive you for what you have done. God forgave David, God will forgive you too. You may have grown hard in your sin like David. Repent like David and you will be once again filled with the joy of the Lord.