The Fuel That Keeps the Church Alive 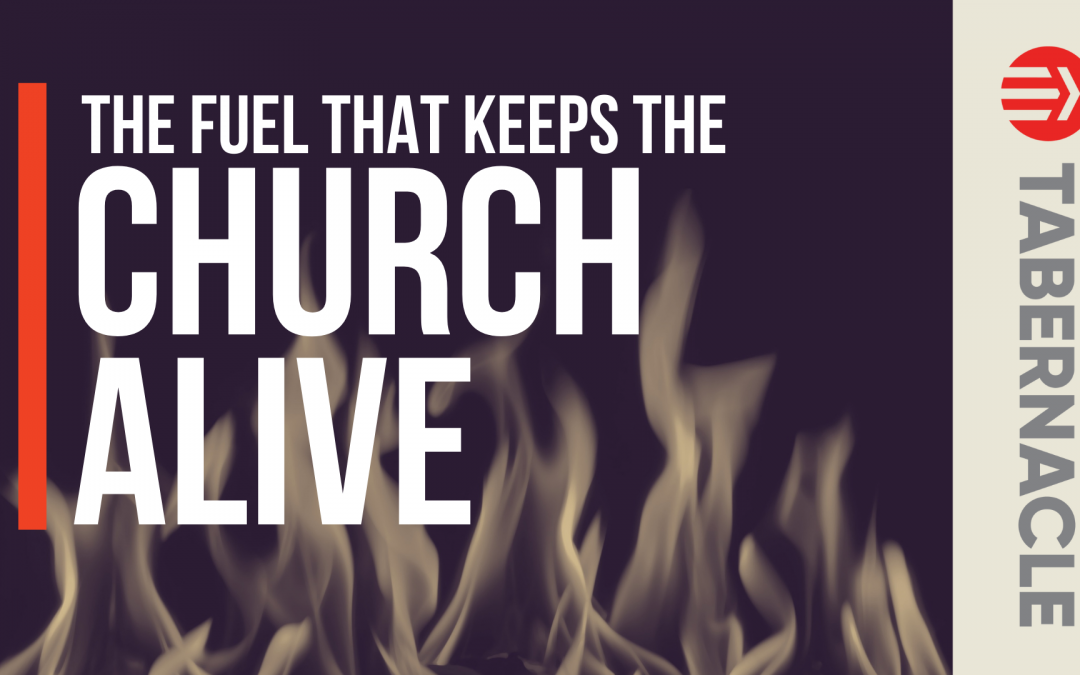 When people think of the book Revelation, they think of the end times like the Tribulation, the Antichrist, the second coming of Christ, and the Wrath of the Land. But in the first three chapters of Revelation, we look at the message Jesus had for the seven churches. In our series, we will focus on this message.

Right before he died, he planted some shade trees around that house. East of Austin at that time was just prairie. My great-grandpa planted shade trees that he never sat under. But my grandpa sat under me and my mama too. I’ve sat under there, my two boys, and soon my grandchildren.

“Blessed is the one who reads, and those who hear the words of the prophecy and keep the things which are written in it; for the time is near.”

Being Comforted in Jesus

This message was meant for real churches to whom Jesus wrote. (Over the next few weeks, we’re going to ask ourselves what we need to change or continue to be healthy and on fire— lest the fire die out and we become ashes).

This came at a time that the churches were growing dramatically. In fact, the governor from northern Turkey, where these churches were located early in the second century, complained to the Roman emperor. He complained that the pagan temples were being forsaken because Christianity spread quickly.

During the first few decades after the death of Christ, Christians were seen by the Romans as a sect of Judaism. Eventually, they were recognized as a distinct religion from Judaism and were accused of being disloyal to the Roman emperor.

So Christians were greatly persecuted and executed. During this period, John was exiled on the island of Patmos because he refused to call Caesar Lord. So he gets this revelation about the end times and these letters to the seven churches.

Look at what John writes in the first part of verse four:

“John: To the seven churches in Asia.”

In modern-day Turkey, Christianity flourished by the end of the first century. Every church read every letter sent out.

The message says: grace and peace to you from the one who is, who was, and who is to come… “Grace and peace” was the typical greeting of letters in the ancient world, and John invokes grace and peace from Him. Who is Him? God.

Then the message is elaborated by showing God’s eternal presence and reality. This means that no matter where and when you exist, this message is for you. John’s letters containing Jesus’s message reminds these churches: who Jesus is and what His plan is for the church.

Whatever’s happening in your life, you can be comforted by what we’re going to see God reveal to John. America is experiencing political strife, racial tension, and a downturn in church attendance. We need to be reminded of the very truths we’re looking at.

The Ministry of Jesus: Who He Is

John states who Jesus is, how He was crucified, remained faithful to His testimony, and changed the world. John is sending this message to the churches, as commanded by Jesus.

Jesus set us free from our sins through His blood. John learns they need to be reminded of the finished work of Jesus on their behalf, even though they may be in bondage or in Rome. They are freed from their sins by the blood of Jesus Christ.

Don’t forget that Jesus has freed you from your sin as a believer. So live in freedom. Don’t be enslaved to an old life of sin.

Have you come to faith in Christ? Because when Jesus returns, and I believe it’s imminent, it’s going to be too late to confess Him as Lord.

The Messenger of Jesus

“I, John, your brother and fellow participant in the Tribulation and kingdom and perseverance in Jesus, was on the island called Patmos because of the word of God and the testimony of Jesus.

“I was in the Spirit on the Lord’s day, and  I heard behind me a loud voice like the sound of a trumpet, saying, ‘Write on a scroll what you see, and send it to the seven churches:

John was the same John who walked with Jesus for three years, the same John who wrote The Gospel of John and the three letters of first, second and third John. He was the lone disciple who was at the cross when Jesus was crucified, the one to whom Jesus entrusted His own mother. Then, one day, He writes that he heard a voice speak to him about writing to these seven churches. He was the messenger.

Today, we are entrusted messengers to share about the light. The Gospel message is our responsibility: to tell everyone we can about the good news. We are messengers of Jesus.

The Majesty of Jesus

Our God is a never-ending, unchanging God.

John hit the deck. He got on his face, and he acted like a dead man for fear that God was going to take his life. You know, this was the typical response to those who had an encounter or a glimpse of God. They thought they were going to die; when you find it throughout the Bible.

When you are in the presence of God, when you sing songs, worshiping Him, what is your response? Have you ever encountered the Lord? May we never lose the sense of the majesty of our great God.

The Message of Jesus

I wonder, as we look at these churches in light of who Tabernacle is and what you long for Tabernacle to be, don’t you crave for her to thrive and be on fire?

I hope that as we compare ourselves to these seven churches over the next few weeks, we’re going to be open to what God has to say for us. Remember, in the series that preceded this one, we said we’re going to get ourselves prepared for when your senior paster arrives.

God, what are you calling us to do individually and corporately as a family?