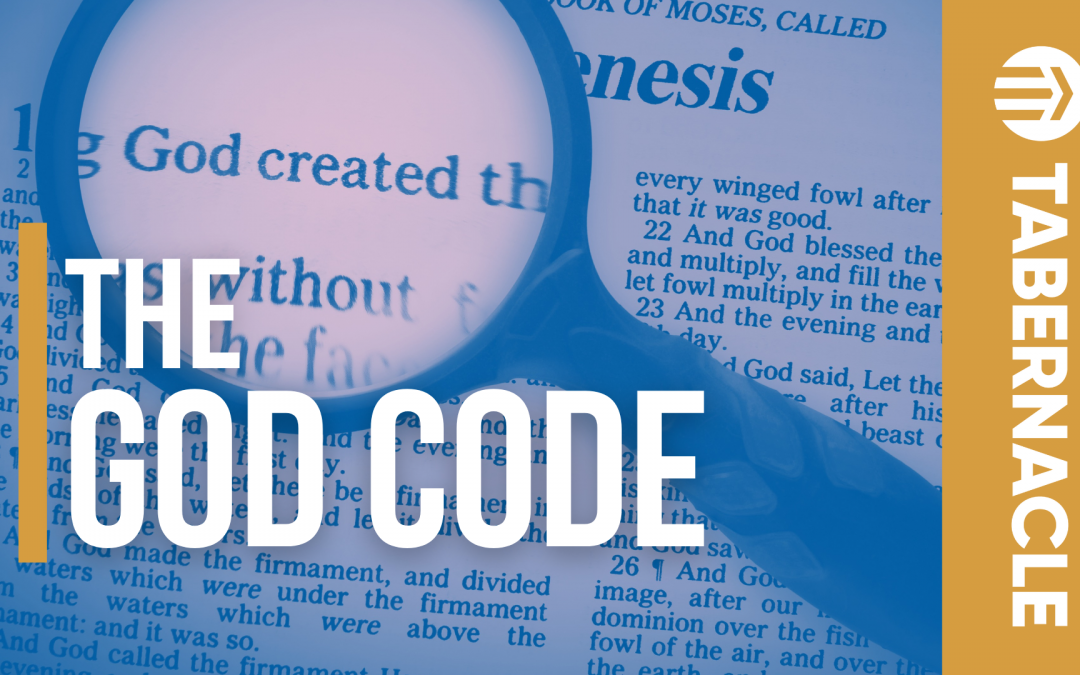 Today, we will look at the most famous verse in all the Bible, Genesis 1:1. I was an atheist for 21 years. I tried to prove that Christianity was not the truth and ended up becoming a defender of the faith. The Bible’s opening statement is a profound statement about how everything that came to be here and what the Bible says is that everything that you see, I mean, every single thing was designed by God.

In the beginning God created the heavens and the earth. – Genesis 1:1

Now that’s the opposite of what we hear in science because the theory of science says that everything that you see was not designed and is here by accident. It was popularized in 1859 by a man named Charles Darwin. Charles Darwin wrote a book called Origin of Species, and in this book, he has a theory that has been labeled evolution.

In 1802, William Paley wrote a book called Natural Theology, and he takes us through the Museum of God’s Creation. And he shows us all these disciplines through biology and paleontology and many different areas, about how all these things contain design.

William Paley’s book has a famous illustration called the watchmaker’s argument. This argument says that if you’re walking through a forest and you find this perfect watch that tells time, you would never conclude that this watch was created by accident. Yet people look at the universe and they look at things much more complex than watches and claim that it was “undesigned design.” Every design requires a designer.

I grew up in Oklahoma and had to walk one mile and a half. On my daily walk, I used to place turtles on the top of a pole in hopes that my dad’s buddies, who were driving by, would see them, wonder how they got there, and laugh. If they took the time to ponder how it happened, I’m sure they’d realize that someone greater and more powerful than the turtle had to place the turtles on top of the fence pole.

Charles Darwin believed that all life forms evolved from a cell. They thought cells were simple as a ping pong ball, however, we know that cells are complex. Cells are filled with irreducible complexity, which means it couldn’t have evolved from something simpler than themselves. You have 30 trillion cells inside your body. Every second, 2 trillion chemical reactions occur, making possible involuntary functions, disease-fighting functions, respiratory functions and things that go on that don’t even involve your mind. God made you in His image using program-coded information called DNA. You were created to reflect the greatness of God. The greater the design, the greater the designer.

In Genesis, when it says in the beginning, God, the Hebrew word is Elohim. It’s the most used word for God in the Bible. It is used 2,750 times. It’s the name for the Creator God. It means majesty, honor and power, and it is the plural form of God. Now the word for “create” is the Hebrew word, bara. It means to make something from nothing. Look at the 11 million species that populate this planet. Do you realize the number of species on this planet are 1/10 of all the species that have ever lived? Do you realize that on this planet, the vast majority of things that have ever lived are extinct?

You have to believe all the dumb stuff created and designed the smart stuff. But here’s what the Bible says in the first verse and the code. It says that the God who always was created everything that is, and he was alive. And that’s how he was able to create living beings.

Everyone reading this has a mother, who had a mother, who had a mother. We can follow this all the way back to creation when God created the first man and woman. The Bible says that Eve was the mother of all living because she was the first woman.If you understand who God is, everything makes sense because he’s all-powerful. He’s all-knowing, he’s omnipresent. And it’s very, very important because he is the Great Designer.

In my closing statement, I submit to you that the very universe that we live in is a watch. It’s clearly been designed. The question is who did it? You don’t just find something like this lying around. You don’t just find life everywhere by accident. No, the universe is a watch. The question is, who does it belong to? The Bible answers that in Genesis 1:1 – In the beginning, God created the heavens and the earth.