The Gospel In Your Life 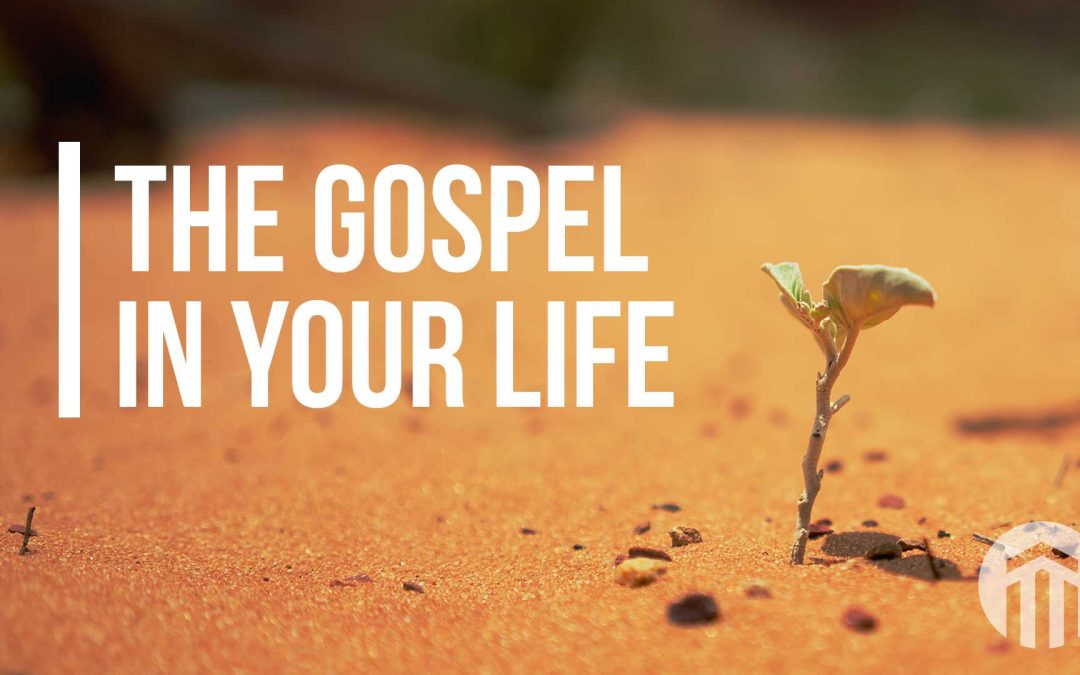 Paul explores the depths of our salvation. After reading the book of Ephesians and after we study it together, I pray that you’ll see how we are saved by grace, and how our faith produces good works from the fruit of that reality.

True faith always produces righteousness. First, we have the Gospel. Out of that flows everything else.

We are placed with an assignment to spread this Gospel, but how can you speak the Gospel in its truth to other people? Do we know what it is?

The Gospel is a lot like eating great BBQ at a friend’s house.

The food is good and you really like it. But you don’t know what you’re missing until you go to the best BBQ in the country. It’s a different experience. Like this analogy, the Gospel changes everything. It’s the secret sauce.

The Gospel is the fuel you need to live a life of joy and impact.

Paul wrote Ephesians in a prison in Rome. He was no ordinary prisoner. He was being guarded by the emperors, an elite group of soldiers called the Praetorian Guard. These guys were bad to the bone and they protected the emperor himself. Paul took the priceless message of the Gospel to the world, and he became infamous.

Paul wrote this letter because it offers us some of the best theology and practical application and all of the Bible.

Paul says that God directly made him an apostle. He wasn’t one of the 12 original disciples. Jesus Christ and his post-resurrection form met Paul in Acts chapter nine. Through an encounter on Damascus road, He spoke to him. At that moment, he was called to be an apostle. He was sent out as a Gospel missionary to the Gentile world.

Paul knows who he is. He knows on whose behalf he speaks. And he knows the gift of salvation that he’s received.

In Christ, do you truly know who you are? And do you understand what you have been given? Will you choose to praise God above all, despite any trials you have in life?

We can learn from Paul and implement two goals for us today.

1. Understand Who You Are

Ask God to help you through Ephesians to understand who you are in Him.

2. You Understand and Praise Him for What You’ve Been Given

This will lead you to action and dedicating your life to Him.

What term does Paul use when he addresses believers? I skip over it almost every time and it doesn’t impact me. But it did this week. What is it called? The believers here? He calls them saints.

Now, I know we try to squirm out of the word because it makes us feel holier than thou— like we are better than others. That’s all wrong. If you truly understand the title that you’ve been given in Christ, that you didn’t earn “Saint”, it won’t be a prideful thing. It’ll be a humbling thing.

He means we are all sinners saved by grace. We are carrying our cross and serving Christ. We all sin and fall short of the glory of God. That’s the plight of humanity. But after Christ, look in the scriptures, you’re no longer labeled a sinner. So what are you doing now?

I believe we need to start identifying ourselves by how God identifies us. You are born again. You are a child of the king, a saint. That’s who you are.

Paul says we’ve got to let the old self go.

We are new creations. Never again bear the burden of seeing yourself as a worthless, hopeless, wicked sinner. That is not who you are. My prayer for you is that you see the priceless gift that you’ve been given in Christ and you would desire to be the priceless person He’s called you to be.

God Has Chosen You and Gives You Peace

When I first came to faith in Christ, I had a lot of anger for the things that have been done to me that should not be done to any child. Things that I saw that no child should ever have to see, and caused brokenness and anger to rise.

I confessed it to Christ. In return, He gave me peace. I went home and everything was the same, the difference was His love and peace. I didn’t give up. I didn’t take my own life with depression. I had peace so I could make it through.

I heard a story of peace this week about some believers in Afghanistan.

Do you know what’s going on over there? It’s terrible.

I have a friend that’s been ministering to the Afghan people for 40 plus years. He said some of his friends when hearing about the Taliban moving through the nation, immediately went to their local governmental office. They changed the designation on their ID card to Christian.

Let that sink in for a second. That would be a death warrant for them if the Taliban came to their door. How could that happen? The only answer is peace. they would be willing to stand up for Christ so strongly that they would give their lives to Him.

God’s peace and His grace are available to us all, and they’re worthy of His praise.

I pray that those two goals would guide you, that you truly understand who you are in Him. Praise Him for the gift of salvation that He’s giving you. You’re not worthless. You’re priceless.