The Kindness of the King 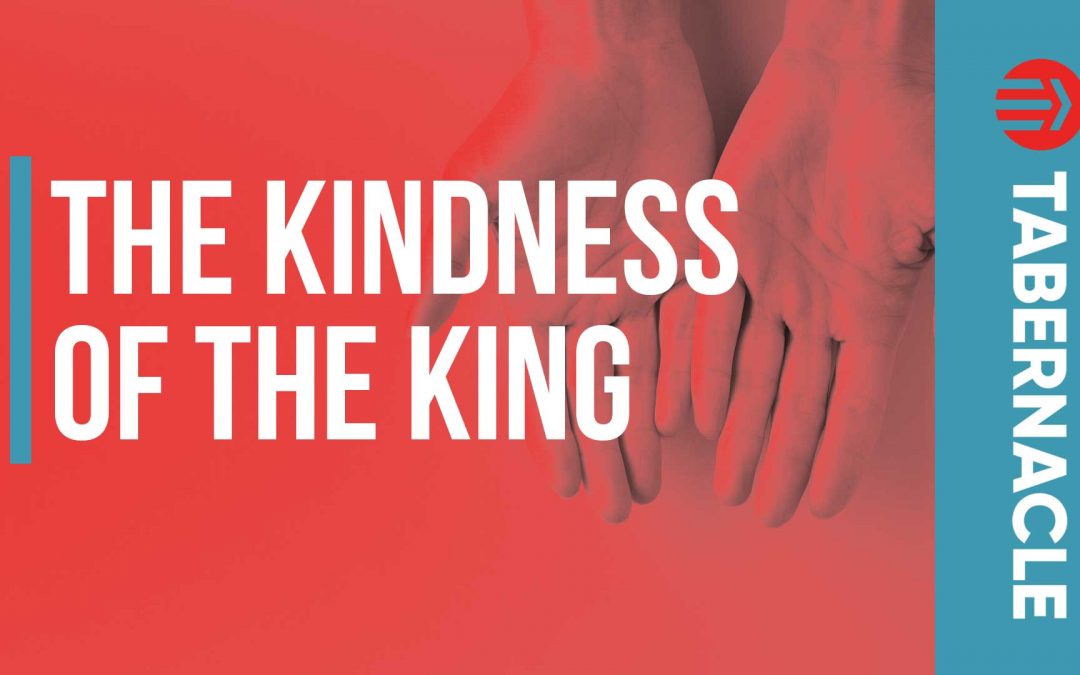 Throughout our lives, God sends other people to us to be kind. Sometimes it’s as simple as an act of kindness that you don’t think much about. Maybe it’s a discount at a store that you didn’t think you deserved. But maybe gets more serious, like the kindness of an embrace after an argument when you weren’t so kind. Have you ever had that kind embrace before?

Have you ever been shown kindness? Think of the experiences you’ve had and how they changed your day, year, or the rest of your life. We remember that taste of kindness— it’s powerful.

2 Samuel 9:1-13 recounts an extraordinary moment of kindness with King David and the decedent of the man who tried to kill him— King Saul.

King David Reflects on His Favor

The kingdom of Israel was divided and David had to go through those difficult times. Finally, the whole nation sees David as a king again. That’s God’s favor. He’s winning battles. He’s moving the capital to Jerusalem. The city continues to grow as God’s favor grew with him.

David experience tremendous favor and kindness in this season of his life. It made him stop and reflect. David said, is there yet anyone left of the House of Saul that I might show him? He mentioned it for Jonathan’s sake, Saul’s son who died in battle. David is probably reminded of the kindness of God that was shown to him in keeping his promises.

Jonathan was his best friend and did everything he could to protect David, despite the feud with his father Saul. It solidifies a lifelong, lasting friendship. David promises to honor the descendants of Jonathan.

After all this time, King David is ready and prepared to keep this promise of loving-kindness to Jonathan and his descendants if there’s anybody left. So he’s looking for an opportunity.

David is looking for descendants of Saul and Jonathan that he may extend kindness to them. And suddenly an old servant of Saul speaks up. He says, King, I remember there is one surviving son of Jonathan. His name is Mephibosheth.

Jonathan had a crippled son. He was five years old when it happened when he heard the report of Saul and Jonathan and how they were dead. As the descendent of the King, in every traditional sense, his life was in danger.

David asks that Mephibosheth be brought to him. When David’s servants show up at Mephibosheth’s door, imagine how he felt. He probably thought they came to kill him. He falls flat on his face when he is brought to the king in a sign of humility.

King David could have ended the bloodline and destroyed any threat to his throne, but instead, he chose something only a man of God’s own heart would do. David tells him to not fear. He tells him that for the sake of his father Jonathan, he will restore all the lands that belonged to his family and give them to him.

Imagine that moment. When you’re so low, you don’t know if you can get any lower. You’re not excited about even waking up the next day because you don’t know how bad it’s going to be. And God comes to you through your relationship with Jesus Christ and he speaks do not fear to you.

Mephibosheth was stunned and wondered why he wasn’t being treated like he “should”, an old beaten dog. He can barely take in all of the kindness that’s been shown to him already. King David continues, giving Mephibosheth the same servant that notified David of his existence. His grandfather’s servant was now his, along with his 15 sons. They will work the land for Mephibosheth.

Now Mephibosheth has enough blessing to care for himself and to provide for his family for generations to come. We cannot understand the depth of the emotion. That massive effect is spilling. It’s feeling this moment. It’s beyond comprehension. This amazing story ends with the Bible telling us that Mephibosheth eats at the king’s table regularly.

Let Your Word Be Your Bond

I think there’s something that we often miss from the story. Keep your word. Let your word be your bond. There’s a reason your grandfather taught you that when someone gives you a promise and they shake on it, it’s over. They don’t need a lawyer. They don’t need a contract. Their word is their bond.

These days seem long behind us, but they’re alive and well in the scriptures for us. David made a vow to Saul and Jonathan, and he made a vow to God that he would not destroy the descendants of their family. He kept this promise.

If you say you’re going to do it, do it. Why? Because God keeps his promises to you. And if you’re going to reflect the glory of God to the world, you need to do the same.

Proverbs 25:14 tells us that a person who promises a gift but doesn’t give it is like clouds and wind that bring no rain.

"If you don't keep your word, ask yourself this. What am I telling others about God? Are you telling them that He is not trustworthy? Build trust for God with others by being trustworthy." – Pastor Todd Gray Click To Tweet

Not only do we see David keeping his word, but he goes above and beyond what was expected in keeping His word. And when He does so, He moves into this realm of kindness.

We need to be showing kindness and impacting others the same way Christ has extended His grace to us. The only way I can receive God’s grace and God’s kindness is with humility, just like Mephibosheth showed with King David.  You and I cannot earn God’s salvation, but Christ offers it. In humility, we can receive it.

God offers you what I’d like to call a seat at the table. Though you don’t deserve it, God gives you a seat because of what Jesus Christ did for us.

Mephibosheth was likely to be ashamed of his brokenness. But King David told him you will sit with me at the dinner table for the rest of your life. So church, I’m gonna tell you today that you might be broken. You might look a little different. You might even act a little different, but that does not mean you don’t belong to the seat at the table when you give your life to Christ.

He’s not saying that God forgives you after you forgive somebody else. That’s impossible. He is saying that the person who is a believer gives forgiveness to other people. I think it’s the same with kindness. I think it goes beyond forgiveness.

We need to be willing to show the heart of Christ to the world.

Church, here’s your challenge. Would you tell others the story of God’s kindness shown to you through somebody else?