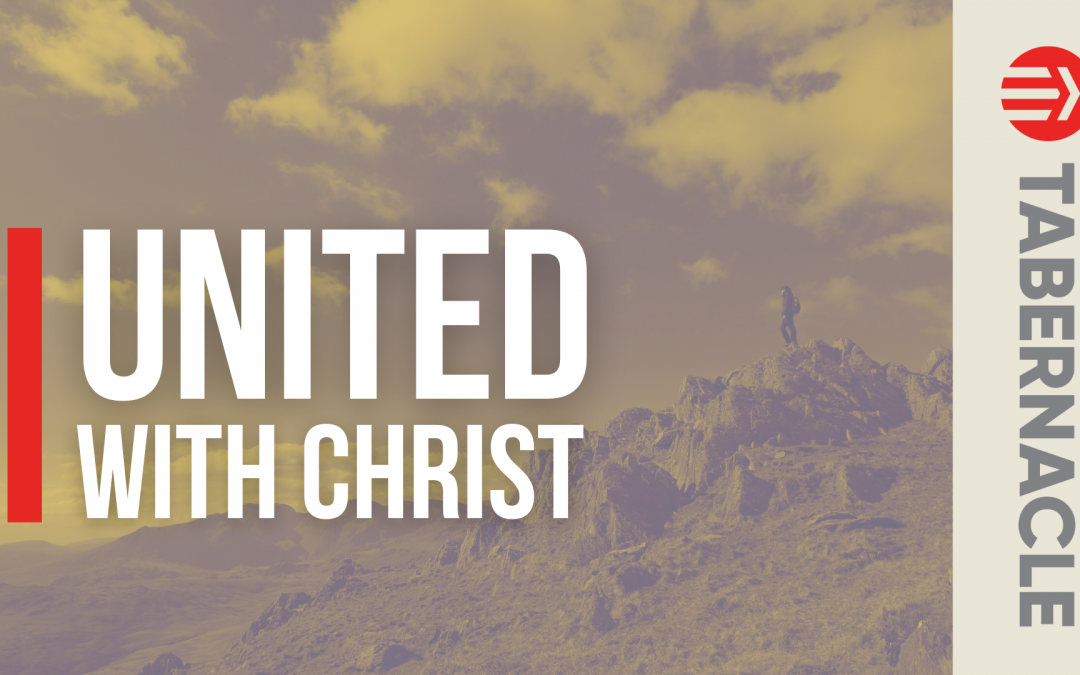 Two of the most common questions I hear from counseling are “What does God want me to do?” and “Why don’t I feel like enough?”.

There is only one answer to this. It’s Jesus, and we need to be united with Him. He gives us purpose, fulfills us, and shows us the way.

“Therefore we have been buried with Him through baptism into death, so that, just as Christ was raised from the dead through the glory of the Father, so we too may walk in newness of life.

“Now if we have died with Christ, we believe that we shall also live with Him, knowing that Christ, having been raised from the dead, is never to die again; death no longer is master over Him. For the death that He died, He died to sin once for all time; but the life that He lives, He lives to God.”  –  Romans 6:1-10 (NASB)

Paul is speaking to a church that’s around twenty years old. He had heard there had been reports back to him that he was twisting the Gospel and people were slandering him. He wants to stop the mouths that slander his ministry, so he’s clarifying the doctrines.

Paul conveys the motivation here, and it is to walk in obedience. Today, we can learn why being united with Christ in our daily walk is critical.

To Walk in a New Life

Our motivation to walk in obedience is Christ in us. It’s an overflow of God dwelling in us now, our obedience. So Paul responds unequivocally to these people who say that we could still live in sin.

We learn that we were buried with Him in baptism and raised anew. We are alive in God, a new creation united with Him. Believers still sin, but they are not okay with it. Instead, they are striving to live their best life under God’s Will and His obedience.

If someone believes that sin can dominate their lives while being a Christian, they take an anti-New Testament view. We are called to repent and then walk in obedience.

Now, if we say we have no sin, we deceive ourselves. We are still struggling with sin. And if you say you don’t see anymore, you’re a liar. When we do wrong, we confess it; we are forgiven. The narrow way is understanding that we still sin, but we repent and walk in the light.

Your old self has been killed when you become a Christian. You were put in the grave like Christ and then given new life, resurrected as a new being. We are a new creation through Jesus.

The existence of the Christian is intertwined with that of the Messiah, like two young trees whose trunks have grown together around one another. Your life has been grown together with Jesus’s life. There’s no separating the work of Christ. You benefit from what He did. He has paid your debts of sin.

There are a lot of younger folks in our church that might be ready to get married. And I’d like to give you some advice. First, before you get married, you need to have a conversation about debt. Not saying it’s a deal-breaker, but you need to put it all out on the table and know what kind of debt they have so that you know what you’re walking into. In the eyes of the debt collector, the government, and God, their debt is now your debt.

When we unite with Christ, we bring all the debt of sin. But He has the wealth and cleanses it away.

We live in a postmodern post-Christian society, and we want to redefine things that make us more comfortable. For example, a few years ago, there was an astronomy segment on Good Morning America, and she explained the difference between astronomy and astrology.

Astronomy is the science that follows the movement of planets and galaxies. Now, astrology is a weird religion based on the movement of the stars and the planets, saying it affects my life, and I live this way.

In this interview, there is a compelling critique of astrology. She says looking at space, we can see many things about our universe—the movement of planets and galaxies’ sizes. But I can’t help to think what a very disappointing reality it would be if we were the center of everything.

The same can be said for Christianity. If Christ is not the center of our Christianity, what a very disappointing religion this will prove to be. There’s not going to be any joy or happiness at the end of that rainbow.

When we see ourselves as truly united in Christ, there’s so much joy there. You can live in the reality of the gifts of our father. We get to have joy; we get to walk in fellowship.

A prayer for you is that you would live in the reality of the resurrection. We will one day get to reign forever with Him. And now He’s reigning in our hearts, and we’re living for Him.