When Faith Is Illegal 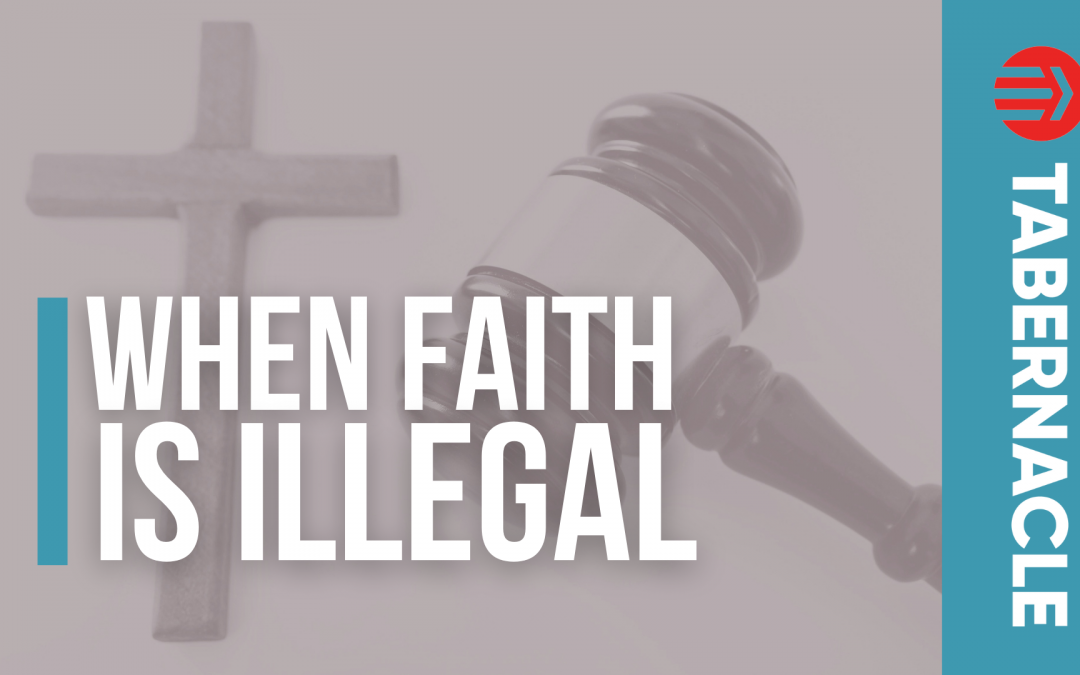 Daniel was a leader in the country of Babylon who fixed the corruption. After 70 years of service to three different kings, King Darius recognized Daniel’s excellent spirit and wanted to promote Him. However, the other administrators and leaders of Babylon were so jealous they searched for ways to bring Daniel down. They put a law in place that said that people couldn’t pray to any God or to any man for 30 days. They knew Daniel prayed three times a day, so they tried to block him from praying. Somehow, they found a way to weaponize faith against Daniel. This is not far from our current reality as it becomes more controversial for Christians to share our faith and worship publicly. There are laws being legislated that contest the basics of how God created man and woman.

The Establishment Clause states that Congress shall make no law respecting the establishment of religion. Some have weaponized this clause to try and remove God from government, yet the United States was founded on biblical principles. In the midst of Daniel’s challenge, he could’ve left Babylon or prayed in secret – yet he prayed even more because he would not compromise his faith in God.  So, Daniel suffered the consequences. He was thrown into the lion’s den, yet God protected Daniel from the consequences of breaking this unrighteous law. When we stand for righteousness, God stands for us. God protected Daniel from what destroyed his enemies.

Once King Darius realized what had been done, he was grieved and took the very men that accused Daniel and threw them and their families into the lion’s den. When you have bad laws designed to hurt God and His people, innocent people get hurt every single time.

We are living in a time where we must be vigilant about the laws that are being put in place. We must be careful that we are not so distracted by our busy lives that we neglect our responsibility as Jesus believers to stand for the gospel. May we be the men and women of this generation who will stand for truth, and be the salt and light that you desire. When we stand for God’s truth, we know that we have ultimate victory.